A Bulawayo woman dressed down her husband, who is an army officer based at KG VI in Harare, when she told the court that he cheated on her with 25 girlfriends including his niece and a maid on different occasions in the last 14 years they were together.

She argued that their older child was at Dominican Convent where she was required to pay $1,300 per term. Appearing before magistrate Victor Mpofu, Shellie accused her husband of being a serial womaniser saying it was unfortunate they now had to expose each other in court.

“It’s so unfortunate your Worship that we are washing our dirty linen in public. I know 25 girlfriends he has been going out with during the 14 years we have been together. He is so shameless that he has impregnated his niece as I am speaking,” she said

Shellie said her husband was going to the extent of even asking out their maid. She insisted that Dube, a war veteran, could afford the maintenance as he was wasting money on women.

She said: “Recently, he married another woman in Masvingo whom he is staying with in Harare. With HIV and Aids these days, he continues to behave irresponsibly.”

Dube struggled to deny his wife’s accusations saying he earned $420 and could not afford to pay her $1,000 for maintenance.
“Your worship, I pay $180 rent in Harare and have many responsibilities. Where do I get the money to pay $1,000 maintenance?
“The house she is occupying in Mahatshula has three bedrooms. She should rent out the other rooms,” he said.

Dube took a swipe at his wife for attempting to bring in the issue of his second wife’s children instead of concentrating on the issues to do with her children.

“I was happily married to another woman, Your Worship, and she bulldozed into my marriage.
She had her own children that I took care of. How can she talk like this?”

Shellie claimed her husband had a habit of disappearing and that at some point he went to China and spent 10 months there without telling her.

The two were married under Chapter 5:11 of the Marriages Act, which prohibits polygamy. Magistrate Mpofu accused Dube of inviting problems for himself. 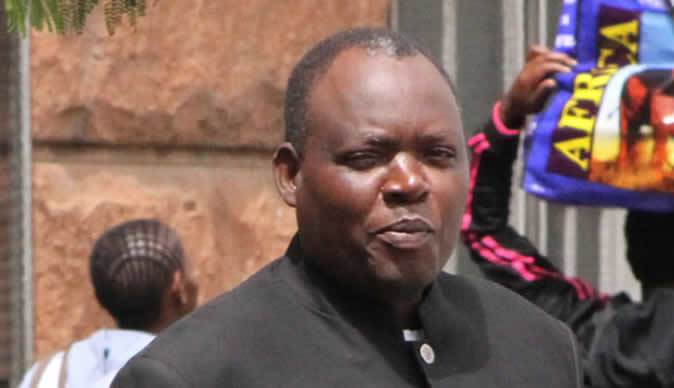 “Why didn’t you think of those things before sex? The maintenance court is there to protect the interests of the children,” said Mpofu.
“We want the best for the children and we are here to make sure they get the best of what you are capable of.”

Mpofu then ordered Dube to pay $220 a month maintenance for his two children beginning next month and to make sure the school fees allowance he is paid by government as a war veteran is used to pay for his children’s fees.