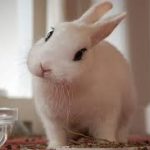 A prisoner who escaped from Wha Wha prison after being caught red-handed having sex with a calf has said evil spirits drove him to the act.

Remember Gambe, 31, left people in the gallery doubled up with laughter when he- dead pan- told Gweru magistrate, Mildred Matuvi that his relatives had cast an evil spell on him.

Gambe was caught red-handed by a fellow inmate having sex with the beast at the prison compound.

In shame, he ran off and escaped although he had just 30 days left to serve on his sentence.

Gambe had been on the run since January and was captured on 27 March while roaming the streets in the Gweru City Center.

Gambe begged the magistrate to show mercy saying he was a helpless victim of spiritual warfare in his family.

In a unique defence, Gambe asked the magistrate if a sane man with only 30 days left on his sentence would act the way he did.

“This is the work of my relatives who cast evil spells on me because they want me to rot in prison. I am pleading with you to free me because I was not in my complete senses at the time,” he said.

She slapped Gambe with a six-month jail term for bestiality and a further four months for escaping from lawful custody.

Prosecuting, Pearson told the court that on 2 January this year, Gambe, who was serving his last month of a robbery sentence at Wha-Wha Prison had been elevated to an ‘A’ class inmate and therefore could perform duties while in prison without supervision.

Gambe proceeded to where a herd of cattle was grazing within the prison garden and had sexual intercourse with a calf.

Gambe was spotted by a fellow prisoner and fled the scene in shame.]