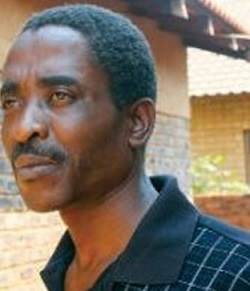 Mpho Mamba is looking for the traditional healer (sangoma) he claims left a goblin in his body when he gave him the wrong treatment.

He says the sangoma is from Johannesburg.

Mpho fears for his life as people accuse him of causing car crashes.

But he insists it’s the tokoloshe which caused all the men who date his ex-wife to have road accidents!

And it chases every new woman Mpho meets as soon as she moves into his house!

Mpho (43), from Mathibela in Zebediela, Limpopo, says his relative’s sangoma husband told him three years ago he was dreaming about his dead mum.

“He told me my mother wanted him to perform a ritual to strengthen my home as my wife had left me.”

The sangoma killed a chicken at a river and smeared the blood on his body.

He then made cuts on him with a razor and put muthi in them.

Mpho said: “I believed my problems were over, but then I started having visions of car accidents and nightmares, even during the day.

“The sangoma said he wanted to perform another ritual as he had given me the wrong treatment.

“I didn’t trust him and refused, but begged him to take away the tokoloshe I believe he left in me.

“He couldn’t. Instead I heard him ask another sangoma how many ghosts he was left with. I wish I knew what that meant.”

For three years, Mpho’s been staying at his church.

“The minute I go home the tokoloshe strikes and chases away my new woman,” he said.

“I want the sangoma to take his tokoloshe away from me,” he said.

Mpho says he can’t trace the sangoma as he’s no longer on speaking terms with his relative because of this problem.

“Anyone who knows the sangoma, please tell him to help me.