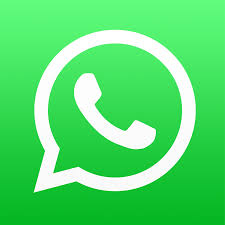 A man who lured his wife’s boyfriend with sexy WhatsApp invitations has been arrested.

He had apparently suspected for some time that his wife was cheating on him.

He also suspected that his wife’s boyfriend was his own cousin, who lived only three streets away in Protea Glen, Soweto.

On Friday 21 March, when his wife was out shopping, the husband noticed that she had forgotten to take her phone.

He also noticed that there was a new WhatsApp message and he decided to check out his suspicions once and for all.

When he looked at the message, he saw it was from his cousin.

He pretended that he was the wife and wrote, “Come to my house. My husband isn’t home,” said the message.

“What do I do? I’m around,” the alleged boyfriend asked in the message.

“Come over. He is not around. Come inside the house. I am waiting for you.”

Steamy messages apparently flew back and forth.

Soon the man’s Audi A4 was driving into the driveway.

At the same time the wife came back from the shops but she didn’t have her phone so she couldn’t warn her lover that her husband was home.

The man got the shock of his life when he looked up to see the woman’s husband waiting for him.

A neighbour watching the action said he couldn’t believe how angry the husband was.

“The husband went for the nyatsi but the nyatsi managed to jump out the car and run away,” said the neighbour.

“The angry husband then went for the car. He stabbed the car’s tyres, puncturing all of them with a sharp spike.”

Soweto cop spokesman Warrant Officer Kay Makhubela confirmed the incident and said a case of malicious damage to property was opened. He said the husband was arrested but later released after he appeared in court.

“The case will go back to court once we have statements from the wife,” said Makhubela.