Lagos residents will soon start earning extra income by killing rats and mice, as part of efforts aimed at motivating residents to rid the state of rats.

The move, expected to help avert cases of Lassa fever and other diseases associated with rodents in Lagos State, is an initiative of a non-governmental organisation (NGO), Phosguard Fumigant Ltd, in partnership with the state government. 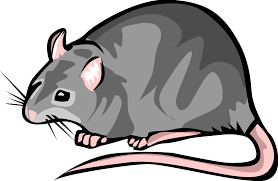 The project, tagged: “Kill rats, make money,” will have rodents multiplying ubiquitously across the state are to be exterminated from residential places and markets using hi-tech chemicals and equipment that will make their decomposing bodies non-infectious.

In a chat with the media, Oluwasegun Benson, the Chief Executive Officer of the company, said the idea would help to de-rat the state.

“As part of efforts to de-rat the state and prevent epidemic from Lassa fever and other diseases, a bounty has been placed on rats in the state.

“We will buy off at least 20 rats for a yet-to-be determined amount; in Lagos now it is operation kill rats and make money,” said Mr Benson, who said the project had the capacity to create about 200 or 300 jobs, particularly for youths.

“A rat has 28 days gestation period and in the past years, there has not been any solid structure on ground to curb them from infecting humans with diseases.

“We are already approaching an epidemic level which can lead to a pandemic level with Lassa Fever and we must be proactive and launch a more coordinated approach to control them.

“It is war against rodents and pests in Lagos State,’’ he said.

According to him, the company is also collaborating with the Lagos State Waste Management Authority (LAWMA) to either incinerate or bury the rats.

“Incineration is no longer in practice because of world climate control, however, we can incinerate one ton of waste at a time or bury.

“We bury with chemicals to ensure that the water from the dead rats does not sip into ground water that people drink.”

“Everything is going to be water-tight, as we are not just going to kill the rats, we are going to collect them using our trained and well-kitted personnel,” Benson said.

Describing rats as destructive and hazardous to nature, the company’s CEO added, “we cannot completely eradicate rodents, but we can control it to a minimal and tolerable level.

“Although, the decomposing rats can also be important to the ecosystem, but not in urban areas, they are destructive nature. Rats had caused fire in offices and homes by eating electricity cables,’’ he added.