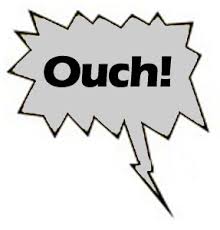 34-year-old Gabanakgosi Gaobuse from Garuele Village outside Kuruman, Northern Cape, SA, endured an hour of torture after he was grabbed by livestock farmers in the area.

Accused of stealing their cattle, Gabanakgosi and his friend were paraded through the village and tortured.

Gabanakgosi was hung upside down from a tree, he had his privates squeezed with pliers and was severely beaten with sjamboks and threatened with pangas.

A video was taken by the farmers and was circulated in the village.

In it, the men are beaten up by men with sjamboks and they are ordered to take turns whipping each other.

The farmers also threatened to set him on fire.

“At that time I wished I was dead,” he said.

“The pain I endured I will never experience again in a thousand years.”

Gabanakgosi denied the allegations. He said the farmers respond to wild information they get in the village.

Another local villager, Emmanuel Khabae agreed. He said innocent people are hunted and hounded because of rumours. “My life is in danger. I have left my house and can’t go to work because I am scared of being beaten for no reason,” he said.

SAPS Colonel Priscilla Naidu confirmed that a case of assault was opened on 19 March. She said four people appeared in court for attempted murder, instead of assault, but the case was provisionally withdrawn by the court due to insufficient evidence.