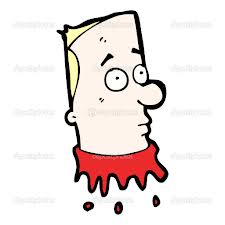 WHEN three young farmers of Gwari extraction in Niger state conspired to source for human head in their neighbourhood for money-making rituals purposes, hardly did it occur to them that the long arm of the law might soon catch up with them.

The three suspects, whose names were given as Saleh Ibrahim (35), Usman Lashi Sarki (30) and Dantala Doma, a.k.a. Operator, (25) years had conspired with other people which included a Fulani man simply identified as Gajere, now at large, who had allegedly given them a dried human skull to go and grind.

It was further learnt that another unidentified PHCN employee who is also on the run had promised to get the three suspects mercury to accomplish their aim.

Nemesis however caught up with them on Monday August 26, few hours after Ibrahim lured a 10-year-old boy, Ishaya Segi, from his father’s farm at Amale village in Shiroro Local Government of the state, put him on his motorcycle and abducted him to Lashi village, also within the council area where his two other accomplices were waiting for him.

Saleh was said to have urged the boy to accompany him to his friend’s place in the neighbourhood, after which he would bring him back to the same spot where he had picked him. The victim was said to have followed Saleh, unknown to him that he would never return alive.

A police source at the homicide section of the Criminal Investigation Department, Minna informed Crime Reports that no sooner was the victim brought to Lashi village than the third suspect, Doma, brought out a very sharp cutlass and cut off the head. The head was removed from his body by Sarki who is said to be a son to the late village head of Lashi.

The source added that during interrogation, Sarki confessed that he was contracted to bring the 10-year-old boy’s head by Gajere for money-making ritual.

It was further learnt that during police investigation, the boy’s head was traced to Saleh’s residence of Saleh while he later took the police to two other accomplices. The police were taken near river Erena in Shiroro Local Government Area of the state where the headless body of the boy was buried in a shallow grave.

According to Saleh, he initially resisted when Sarki informed him that one Gajere contacted him to bring a head of the little boy, but after convincing him, he decided to go out in search of a boy.

Efforts towards apprehending Gajere who contacted the three suspects for the job had not yielded any result as at the time of filing this report.

Confirming the incident, the state’s Police Public Relations Officer, Mr. Richard Adamu Oguche, an Assistant Superintendent of Police, said investigation into the matter had since commenced, after which the three suspects would be arraigned in court of competent jurisdiction for prosecution on charges of conspiracy and culpable homicide.

He revealed that the command directed all police outposts within Kaffin-Koro Division and the DPO in Kaffin-Koro to reach out to the community leaders in the area to know if there was a reported case of missing child, an effort which yielded result on Friday 30 August 2013, when an Amale village-based farmer, Pa Segi Gayaga appeared at the state’s police headquarters to identify the 10-year-old victim as his son.
модули joomla 2.5
Read 13881 times