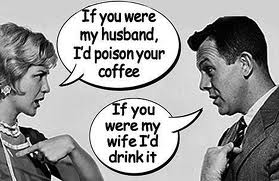 WHEN her 16-year-old sister told Emily Modisadise (25) that her husband had allegedly attacked her, she confronted him – but Andries Mahoko (30) threatened to kick her out of his house if she brought it up again.

And because Emily couldn’t live with a man who had allegedly attacked her sister, but had nowhere to take her four children and two sisters, she decided they all had to die together!

Emily went to a shop near the house in Kgotsong, in Bothaville in the Free State, and bought rat poison.

She then put the poison into her family’s food. Emily, her husband, two of her children – Tshepo (6) and Nthabeleng (1) – and her 13-year-old sister Dimakatso died on Sunday night after being poisoned. Two of her kids survived and were admitted to Nala Hospital.

Emily’s 16-year-old sister said: “I told my sister that her husband had attacked me, so he threatened to kick us all out. My sister was heartbroken because of her husband’s behaviour and said it would be better for us all to die.

“I didn’t think she was serious, even after she bought the poison with the grant money she got for her children on Friday.

“I left the house to visit relatives later on Friday and was shocked when I heard I had lost my family.”

“When the cops arrived they found five people dead in the four-roomed house. We are now investigating a case of murder and have opened inquest dockets.”