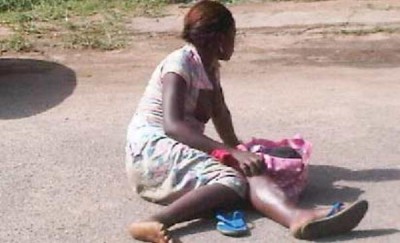 A 26-year-old wife, Mujidat Quadri has disclosed that her 3-year-old marriage to her husband, Gani Quadri has been plagued with series of lies.
Mujidat, who testified that she lived with Gani on Oloje Area of Ilorin in Kwara as his wife, said their marriage, which was contracted in 2011, was yet to produce any child.
She prayed the court to dissolve the marriage, accusing Gani of being a chronic liar.
The applicant said her husband was in the habit of lying and was not sincere with her in all his activities.
“My husband has never been sincere with me ever since we got married because he frames lies just to impress me”, she said.
The plaintiff told the court that her husband once lied to her that he was owed some months salaries at his place of work which she later found to be a lie.
“My lord, I want an end to this marriage because I now find it hard to believe every word from my husband’s mouth,” she said.
Gani, however, did not object to his wife’s divorce prayer, saying he had no reason to keep her back since the marriage was yet to be blessed with any issue.
The husband told the court that “my wife wants to know everything about me which I cannot reveal to her and she’s never contented with little things.”
Gani therefore prayed the court to grant his wife’s prayer for a divorce but without any claim.
The presiding Judge, Yusuf Abdulkareem, consequently, dissolved the marriage and issued a certificate of divorce to the plaintiff.

0 thoughts on “WTF AFRICA- WIFE SAYS HUSBAND LIES TO HER”