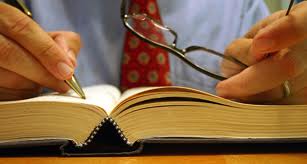 A 64-year-old Bulawayo woman collapsed and died during a consultation session with a top city law firm on Monday afternoon, Radio Dialogue reported.

The incident occurred on the second floor of Pioneer House building, where the law firm offices are located.

Bulawayo provincial police spokesperson Inspector Mandlenkosi Moyo confirmed the incident saying the woman died while being attended to by the lawyers.

Inspector Moyo said the woman complained of stress, as she was embroiled in a row over a house with some people.

“Sometime during the consultation she complained of dizziness and she was offered water but she declined. Moments later she collapsed,” said Insp Moyo.

It could not be immediately established the cause of the woman’s death, but sources say she could have succumbed to a heart attack.

Radio Dialogue reports that it learnt that the client collapsed during a consultation session.

“The visibly shocked legal practitioners, however declined to shed more light on the matter saying the next of kin of the deceased had not been informed,” said the radio.