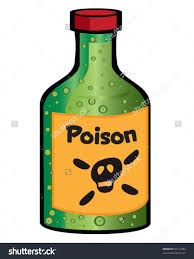 AN 11-YEAR-OLD schoolboy remained warded in critical condition yesterday after being force-fed Larnate by his father who later committed suicide by ingesting the same deadly poison.

Police said that Mootilal Rattansingh, 51, who was going through a divorce from his wife, waited in his Hyundai Tucson SUV outside a primary school in North Trinidad.

At about 8 am, when the boy alighted from the school bus at the school gates, Rattansingh grabbed and placed him in the SUV before driving off. Rattansingh drove to Kernahan Village where in the vicinity of Cascadoo Trace, he parked his vehicle at the side of a road. He then swallowed a quantity of powdered Larnate (a herbicide) and forced the boy to eat some. A passer-by who noticed father and son slumped inside the SUV, alerted the police.

Officers led by ASP Nisha and including Insp Ken Lutchman, Cpl Singh and Cpl Maharaj arrived to find Rattansingh already dead and the body unconscious with a weak pulse.

The child was rushed to the Sangre Grande District Hospital where he received emergency treatment and up to press time, remained warded in a critical condition. Rattansingh’s body was ordered removed to the Forensic Science Centre where an autopsy is expected to be done today.

Police sources said that Rattansingh who was going through divorce proceedings, had two weeks ago, threatened to take his own life.

Relatives told police that Rattansingh had grown depressed over the separation but none knew of his intention to murder his own son.