BITTER KOLA HELPS TO KEEP THE DOCTOR AWAY

IT’S one of the most recognisable expressions around: “An apple a day keeps the doctor away.” But besides the fact that this rhyme is fun to say and easy to recall, experts have found bitter kola as its close contender considering its affordability and its medicinal benefits. 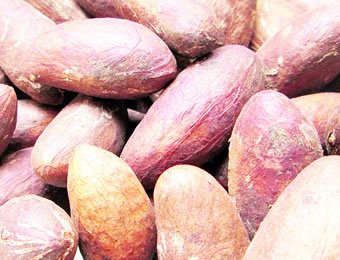 Experts have found that bitter kola is protective of many diseases such as cancer, diabetes, knee osteoarthritis (Bone softening), neurological diseases like Parkinson’s disease and cough.

A professor of Biochemistry and Molecular Toxicology, Ebenezer Farombi speaking at the Research Day 2016 of the College of Medicine, Ibadan, stated that taking two bitter kola nuts a day is able to ensure the body has enough kolaviron, its main constituent, which keeps many diseases away.

Traditionally, bitter kola is used in the treatment of liver diseases, sore throat, cough, bacterial infections and a known aphrodisiac.

Recently, many studies have provided scientific evidence that the saying “taking bitter kola a day keeps the doctor away” is in fact true. Particularly, it fences off various chronic diseases including cancer, erectile dysfunction and other diseases that involve oxidative stress and inflammation.

According to Farombi “its intrinsic antioxidant and anti-inflammatory properties will prevent any disease that has oxidative stress and inflammation as an undertone.”

Antioxidants are compounds that counteract the damaging effects of free radicals. Free radicals, products of normal cell processes, can wreak havoc in their quest to hook up with other molecules, which could be lipids, protein, or DNA.

The free radicals’ actions can damage the molecules they react with, sometimes destroying them. This process is known as oxidative stress or oxidative damage.

Humans, and all animals, have complex antioxidant defence systems, but they are not perfect in fending off stress; oxidative damage will occur.

Cancer and cardiovascular diseases are thought to be in part the results of oxidative stress, so foods like apples, bitter kola and other fruits and vegetables, rich in antioxidants, may be especially helpful in warding off these diseases.

Moreover, the toxicology expert declared that kolaviron in animal studies is protective of liver problems, adding “it has been used to treat cirrhosis of the liver in an herbal home. From series of studies, we have been able to show that bitter kola and its extract are actually liver protective.

“In Nigeria, aflatoxin contamination of grains like maize and ground nut is very common, so also is hepatitis B and C infections. Both potentiate liver cancer and therefore we envisage that bitter kola since it is used as a liver protective agent will be relevant in the aetiology of liver diseases.

“Extrapolating the amount used in animal studies into humans, about two seeds of bitter kola per day will be effective in curtailing a myriad of diseases including liver diseases.”

According to him, “traditionally, people believe that it is very effective in erectile dysfunction. One of the things we found in animal studies was that it boosts testosterone level. Testosterone level has been shown to be responsible for effective sexual activity. When there is a decrease in testosterone, such lack libido.

“It was also found in animal studies to also improve sperm quality and count in preclinical studies as well as protect against damage to the testis, thus qualifying to be an effective agent in treatment of male infertility.”

He also advised on regular intake of bitter kola to counteract the negative effects of many heavy metals in the environmental pollutants, adding that environmental pollutants both in the air and through foods, oil spillage, gas flaring and indiscriminate use of pesticides and herbicides had been implicated in many diseases, including cancers.

The expert, who noted that about 80 per cent of cancers have identifiable factors and 35 and 50 per cent due to diet, said studies have also shown turmeric, ginger, bitter leave and red palm oil as some other common food items with cancer-protective constituents.