A 12-YEAR-OLD boy, tired of being ‘smothered’ by his grandmother, has been detained after he confessed to mixing termite poison in a meal of macaroni, cheese and eggs which he prepared for the woman, at their Rio Claro home on the weekend.

When the woman collapsed, she was taken to a health centre where she was treated and survived.

Police sources said the Form One student remained in police custody yesterday and has been crying and saying he was sorry for hurting his grandmother. Officers added that according to Chapt 11:08 of the Offence Against the Persons Act, the 12-year-old boy could possibly face a charge of administering a toxic substance with intent to endanger life.

The boy, who is considered a troubled child, has been suspended five times from classes and is expected to undergo counselling by officials from the Child Protection Unit (CPU) who have been alerted. The Director of Public Prosecutions (DPP) is also expected to be consulted on the matter once investigations are completed.

According to reports, at about four o’clock on Saturday afternoon, the boy was with his grandmother at their Rio Claro home when he allegedly mixed the termite poison into a meal of macaroni, cheese and eggs which he later gave to the 58-year-old woman.

She was rushed to the Rio Claro Health Facility an hour later where she was attended to and had the contents of her stomach pumped by doctors. She was discharged and was resting comfortably at home yesterday. Doctors on carrying out tests on the food content on Saturday, determined she had consumed a poisonous substance.

The boy’s mother who is an employee at a Regional Health Authority was contacted and the boy was detained by Rio Claro police. He is alleged to have told police that he was fed-up of being ‘smothered’ by his grandmother who never allowed him to do the fun things he wanted to do, hence the reason for committing the act.

The boy told officers that he was frustrated. 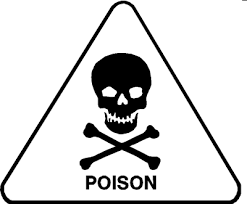 Newsday understands that the boy’s grandmother has since forgiven him and is keen on having him receive the necessary counselling.

Yesterday, as he remained in police custody, the boy was visited by his mother and other relatives.

Police sources told Newsday that this is an extremely bizarre case and prior to sending the file to the DPP, they will consulting with the legal department of the TT Police Service.

However, sources said that based on the boy’s own admission, criminal intent may very well have been established, and after investigators consult with the TTPS Legal Department, the case file could be forwarded to the Office of the Director of Public Prosecutions (DPP) to determine if investigators can and should proceed with a criminal charge

5 thoughts on “12 YO POISON’S GRANDMOTHER(TRINIDAD)”