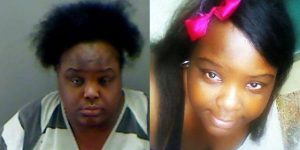 Thirty-one year Old Charity Johnson enrolled as a student in New Life Christian School Texas. Sources say Charity met Tamica Lincoln and told her that she was abused by her biological father and both her parents had passed away. Lincoln fell for her story “I sympathized with her, and invited her into my home. I took her in as a child, did her hair, got her clothes and shoes…”. She was enlisted in the school since last October using the name Charity Stevens and gave her age as 15.
Last Tuesday school officials discovered that Johnson used a fraudulent form of identification and called the police. Tamica Lincoln who was also responsible for Johnson’s registration at the East Texas school said “I just don’t know why she did it. Why put yourself and others at risk to do something like this?” “I have deep concerns about her being who we don’t know she is, and then she’s out there at the school.”
Teachers and friends of Johnson at the school were crying and her best-friend was said to be in disbelief. Johnson is not being held on $500 bond.