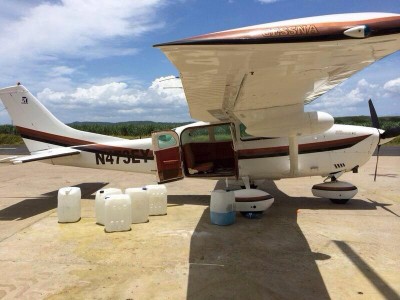 400 kilos of cocaine found on Paris Hilton’s family ranch
About 400-kilos of cocaine was confiscated by Costa Rica’s Judicial Investigation Police (OIJ) on an airstrip in Nicaragua owned by the Hilton family, along with $1.5 million, on August 24th. Three Nicaraguans were arrested.
The big question is, did the Hiltons have any idea their runway was being used to transport illegal drugs? Maybe, maybe not. Though the Hiltons aren’t currently suspects, one of the Nicaraguans arrested was a trusted employee of theirs. Reportedly, Kathy and Rick Hilton—Paris’s parents—are at the ranch frequently.
Whether or not this means they were ever privy to their ranch being used to distribute mass quantities of coke isn’t known. Even if they were there when it happened, it’s entirely possible they missed it—their ranch is 6,000-acres, after all.
The bust is part of a three-month long investigation by the OIJ. They’re currently trying to find the owner of the Cesna. If you’re worried if this will affect Paris Hilton, you can probably rest easy—during the bust she was DJing at a “foam and diamonds” party in Ibiza.
Something tells us everything will work out alright for her.
h/t Gawker | Image: Tico Times