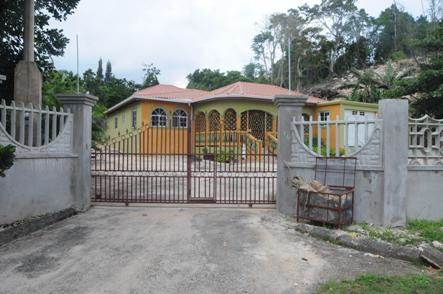 MANCHESTER, Jamaica – Sixty-nine-year-old Eugene Rhodes, who was charged for shooting his wife at their Knowles Crescent home in Mandeville on October 11, was remanded when he appeared in the Mandeville Residents’ Magistrate court on Wednesday.

He will return to court on October 30.

However, he is also on a vehicular manslaughter charge for allegedly hitting a man with his car while fleeing the scene. The man later died in hospital.

Police reports are that Rhodes confronted his wife Lilla, 75, in the kitchen with a gun and began firing shots injuring her.

She ran from the house during the early morning incident, jumped a fence and was assisted by a neighbour.

It was reported that his wife had a restraining order against him, and they stayed in separate sections of the house.