A WHA DO DI CHINEY DEM 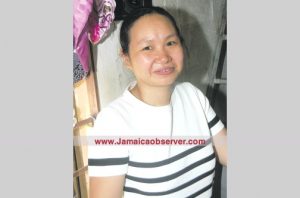 Between racism, crime and a sense of discomfort, the plight of the Chinese immigrant has been disheartening to the minority group in Jamaica.

In fact, according to Andy Au, a Chinese Jamaican, several members of the Asian community have closed their businesses, packed their bags and left Jamaica.

This comes despite what is seen islandwide as a growth in businesses operated by Asian nationals, mainly those from China, in recent years.

“I left my business with my parents, which they are still running. But apart from my own, I know of at least four groups of families that have sold their businesses and left the country and went back to different parts of Asia and United States,” Au, who has since moved, temporarily, to Australia, revealed. He suggested that it was unlikely that he would return to Jamaica.

“While some of the other businesses are still operating, they are also investing and making migration plans in an effort to make a connection or bridge, so that they can have an easy retreat and a place to settle down when the time comes,” Au said.

According to Au, the Chinese community is heavily targeted by criminals, which is crippling to business. As a business operator, he said he felt “trapped in a jail cell, worried about outside troubles as well as inside troubles”.

“It is true that we get robbed very often, [held at] gunpoint, [involved in] hostage situations and get tied up at home. We actually had a meeting with the Chinese community and a JCF (Jamaica Constabulary Force) superintendent relating to the crime problems, and we were on the verge of closing down all the businesses in Jamaica and leave because it was getting way out of hand,” Au, who lived in Jamaica for over two decades, stated in an e-mail.

Noting the veracity of the article published in the Jamaica Observer on October 23 titled ‘Don’t call us Chiney’, Au sought to shed light on how the difference between the Jamaican and Chinese cultures impacts relations.

He explained that, unlike Jamaicans who are outgoing, the Chinese tend to be more conservative, hence the reason they resort to sticking together.

“I think people need to understand the cultural difference between Chinese in Jamaica and locals. Like I see it, all Chinese are more conservative in different ways, like with language, especially in a public setting with people they don’t know. But Jamaicans are generally more outgoing, outspoken and enthusiastic people that are just too much and, quite frankly sometimes, make a bad first impression,” he said.

“Another cultural difference is that it’s more respectable to acknowledge people in Asian cultures, and you see it more defined in Japanese cultures, with their family names. So when you constantly call Chinese people Chiney or Mr/Miss Chin and it’s not their actual last name, it’s really annoying and disrespectful,” the expatriate continued.

“It’s not that we, on a whole, hate or dislike Jamaicans, it’s just that for the older generation who came here without being exposed at a young age to the cultural differences, it is hard for them to understand and adapt to it. Older-generation Chinese are generally more narrow-minded and stubborn in their ways, especially with culture,” Au added.

He also underscored the fact that Chinese continue to contribute to Jamaica.

“We employ a big chunk of the workers at the minimum -wage level. We have built businesses that import goods into the country and if you don’t know which products we bring in, then let me tell you, it’s almost everything. All the toys and knick-knacks you see on the street that people sell to make a living? We import it. Shoes, clothes, crockery, tissue, toothpicks, beauty products, perfumes, slippers, equipment, electronics; you name it, we have it,” he stated.

“We [also] work with local companies to supply them with products. We work with Jamaicans to give them good deals as suppliers and provide them with products that they can sell on the street and turn a profit. In turn, what we earn we spend here to help develop Jamaica and provide jobs to people who build houses, food businesses, schools and other things. It’s not like every time we need to have dinner or buy anything or need a plumber we need to fly back go China,” the Chinese native told the Sunday Observer.

With regards to the notion that they only help themselves and stick together, Au said: “We have to stick together as Chinese people and protect each other, and nothing is wrong with that. If Jamaican people go abroad, they would also flock together with people that have similar background for sense of trust and security. It is very hypocritical for people to put it that way, to say that we only help ourselves and not Jamaican people.

“If there is no sense of trust then how can we hold a hand out and expect not to get bitten? How do you ask someone who has been robbed at gunpoint in a foreign country to just feel welcomed, accepting and caring to others when he/she can’t even trust them?” he questioned.

“I think if the people of Jamaica want the Chinese community to be more ‘helpful’ then you need to integrate us into the community. You need to make us feel welcomed and understand us as a people coming from another country, and give us the respect so we can trust you. You need to give us a sense of security so we are willing to reach out and not feel like we will get attacked any minute,” he said.

Safety, he insisted, was one of the main reasons for their departure from Jamaica.

“The main reasons why [Chinese] people leave Jamaica in their retirement age most of the time is because they don’t feel safe, they don’t feel welcomed and they don’t feel that the health care system in Jamaica is going to benefit them in the long run. There are no benefits for paying taxes in Jamaica compared to China, or other countries,” he said.

Another Chinese national, who declined to be identified, said that the lack of love shown to people born in China by Jamaicans had forced him to leave the north Caribbean island for the United States.

“I am now living and running a business in Florida, almost like the grocery store that I ran when I was in Kingston, and the people here treat me better. In Jamaica, all the people want was your money, and when you report them to the police, the police themselves turn around and stick you up for money. It just did not work out in Jamaica,” said the Shanghai-born man who now operates from Hialeah in Miami Dade county, a section of the city that is dominated by Hispanics.