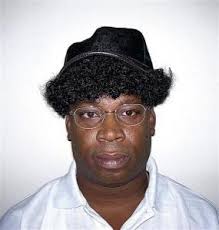 Popular clergyman Reverend Al Miller was this morning found guilty of attempting to pervert the course of justice. The guilty verdict was handed down by Parish Judge Simone Wolf Reece in the the Kingston & St Andrew Parish Court a short while ago.

Miller was arrested and charged with attempting to pervert the course of justice in July 2010 when then fugitive Christopher ‘Dudus’ Coke was found in his company travelling along the Mandela Highway. ‘Dudus’ was on the run, ostensibly seeking to elude arrest, and ultimately, extradition to the United States to face drugs and gun charges.

Miller maintained during his trial that he was escorting Coke to the United States Embassy in St Andrew so he could surrender to authorities there based on an agreement with then Commissioner of Police Owen Ellington.

However, sergeant of police Winston Radcliffe testified that Miller, driving with Coke aboard, led the police on a high-speed chase.