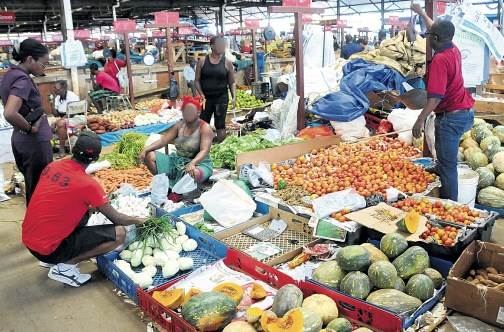 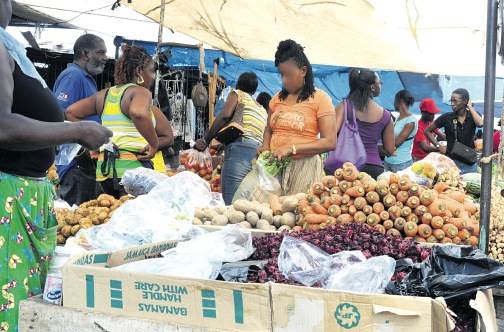 Thugs continue to rob, abuse and extort Coronation vendors
DESPITE the efforts of police personnel, vendors at the Coronation Market in West Kingston continue to be robbed, verbally and sometimes physically abused by thugs.
The vendors, many of whom are from the Corporate Area, as well as various sections of rural Jamaica, told the Jamaica Observer on different visits to the largest market in the island that they were frustrated and are near the point of packing their goods and venturing elsewhere.
“Me tired a dis now yaa sah,” one woman told the Sunday Observer on a visit to the market close to 11:00 one night leading up to Christmas Day.
“Me soon pack up me things because dem bway from over so soon come rob me,” the vendor said.
The ‘dem bway’ being referred to were from the Lizard Town section of Tivoli Gardens, the vendor insisted, adding that they would do her physical harm if she did not ‘let off’.
She said that she had been robbed of money on five occasions.
“Dem nuh want no goods yuh know sah,” she went on. “All dem do is wait pon yuh ’till dem believe yuh mek enough money and then dem draw dung pon yuh,” she said.
Interestingly, five minutes before the Sunday Observer stopped at her stall, a group of police personnel was seen buying vegetables from her.
“So what happen to them police who just leave yuh stall,” was the obvious question posed to her.
“Who dem? Dem caan even protect themself, much more protect di higgler dem. Di police dem a Darling Street station ‘fraid fi dem bway over so,” she insisted.
Another late-night vendor at a stall nearby also agreed that sellers were under pressure to survive. He said that since the arrest and subsequent imprisonment of Tivoli Gardens ‘Don’ Christopher ‘Dudus’ Coke, and nearby Matthews Lane area leader, Donald ‘Zekes’ Phipps, the vendors have been facing sheer hell.
“Since dem man deh come offa the street, a pure foolishness a gwaan,” he said.
“Dem man deh coulda control everything down yah so, and anybody violate woulda feel it. The vendors dem coulda all thrown dung dem money anywhere and nobody naa tek it up. Now you caan do dat. If yuh leff yuh money careless, it gone, and sometimes the bway dem come and seh, ‘gi me di money’. You just haffi hear weh dem say, because you no waan dem kill yuh,” the vendor lamented.
Further up the market, many vendors, while nodding their heads when asked if they faced pressure from robbers, declined to speak openly about it.
However, one man said that he was tired of having his money taken away from him by thugs.
Unlike the others who spoke, however, the man said that he believed that the culprits did not come from Lizard Town, or Tivoli Gardens proper, but from “further up the road”.
“Most a di time a man from outside the area come een an rob wi, because wi nuh si dem bway down ya so regularly. When mi check mi hear seh dem come from Rema, and all place like way up a Papine,” he said.
Only last Wednesday, another Jamaica Observer team member witnessed one vendor being roughed up and threatened by a young man, whom the vendor said was always harassing her for money.
At the height of shopping at the facility on Christmas Eve, vendors were constantly reminding those patronising them to be alert.
“Don’t put dung you bag deh so, yuh know, ’cause dem wi thief it,” one veteran vendor said.
“All dem time ya, a pure thief a walk inna di place. The police caan control all a du bway dem who a walk through yah everyday like a dem own the market,” she said.
One veteran police officer who works in the area told the Sunday Observer that the police were aware of vendors being robbed and even threats being made against their lives.
However, the officer said many of the victims choose not to file reports of the ordeal, some saying it was out of fear for their lives.
Senior Superintendent of Police in charge of the Kingston West Division Steve McGregor implored vendors to report the criminal activities as only then could the police act.
“They have to report it,” McGregor said. “Without the report, how can we act? I am surpsied that some of the vendors are facing this, because with the rapport that we have, they know that they can come forward and report things to me,” he said.
But one vendor maintained that it would be a “waste of time” to report robberies to the police.
“Nutten naa come outa it, so until wi get another ‘don’ who can control the place and run it wid order, the police thing nah go work,” she said.