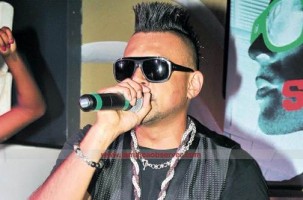 AFTER a decade-long relationship that produced a string of hit singles and two platinum albums, Atlantic Records has parted ways with deejay Sean Paul.
Rumours that the label had dropped the Grammy-winning artiste have made the rounds in recent weeks. Craig Kallman, chairman and CEO of Atlantic Records, confirmed the split via email on the weekend.
Asked by the Jamaica Observer if Sean Paul was still with the label, Kallman responded: “No longer.” He did not elaborate about what caused the split.
Sean Paul signed with Atlantic Records in a joint deal with the independent VP Records in late 2002 following the success of his song Gimme the Light.
Atlantic released the deejay’s major label debut album, Dutty Rock, in November that year. It scored five Top 10 United Kingdom singles and five Top 15 Billboard Hot 100 hits, including Gimme the Light, Baby Boy (with Beyonce), Like Glue, Get Busy, and I’m Still in Love With You (featuring Sasha).
Dutty Rock opened with first-week sales of 65,000 copies and peaked at number nine on the Billboard 200. In the UK, it debuted at number two and has sold over six million copies worldwide.
The follow-up album, The Trinity, was released in September, 2005 and set a record for first-week sales by a Jamaican reggae act in the US with 107,000 copies. It debuted at number six on the UK Album chart and number six on the Billboard 200 Album chart.
The Trinity has US sales of 1.3 million copies and worldwide sales of over 4.3 million.
Imperial Blaze, Sean Paul’s third album did not do as well in the US although it was certified gold in France. In the US, it hit number one on Billboard’s Rap Album and Reggae Album charts and peaked at number 12 on the Billboard 200 and number three on the R&B/Hip Hop album chart.
His next album, Tomahawk Technique, was released in January 2012, reaching number two on the Billboard Reggae Album chart and number 30 on the UK Album chart. It went gold in Switzerland where it sold over 20,000 copies.
Full Frequency, Sean Paul’s latest album, was released in February.
ADVERTISEMENT