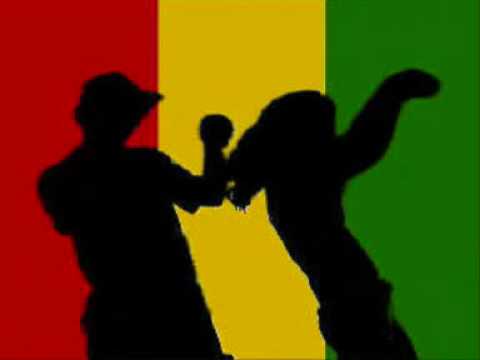 Can you imagine that Jamaican youths are still being told by political leaders and talk-show pundits that their main art forms are not worthy of the space they occupy and that they are breeding criminality by dancing?

Conservatives, as well as liberal intellectuals, continue to identify the decadent elements of dancehall and pass it off as the whole.

This young creative class may have been otherwise disenfranchised without their art, and they are yet to get a progressive political leader with organised intellect budded with organic street intelligence.

This kind of leader will engage them like decent humans from a place of genuine concern, making them excited about, and comfortable with, themselves.

Jamaica’s youngest ever prime minister recently said that ‘daggering’, a phenomenon no longer trending in dancehall

circles, is a source of criminal behaviour. He is on a journey to grow the economy by five per cent in four years and his mammoth task is to break the back of criminality in Jamaica.

Jamaica’s young creative class has a heritage of working-class struggle and innocent hope yet to be corrupted by cynicism. That hope is translated into music, dance, drama, and art in an attempt to solve their own problems. For most Jamaican creative youth, their reason for creating stems from their universal desire for a better life.

Young dancehall artistes’ most pressing need is to make money so they can give themselves and their families an economic base. All the examples in their environment, and in the capitalist schools of thought, point to this as an ideal as expressed in dancehall lyrics and the artistes’ work ethic.

Dancehall’s value should not only be recognised for its ability to make money and win elections, but the songs and movements ought to be viewed as an opportunity to experience an intellectual awakening across society.

With dancehall being the most popular form of youth expression in postcolonial Jamaica, we should respect its use as a tool for higher education, political and social awareness, as well as for facilitating humanist civil advocacy. Dancehall is a complex art and lifestyle that require the attention, research and development of all its components to better serve the growing creative economy.

It is a wonder that after so many years, and the valuable contributions of the creative youth’s artistic narratives, there is still the need to remind politicians of the value youth expression brings to the table.

Dancehall and other youth expressions are necessary to push boundaries and encourage new ways of thinking. It is used to celebrate, as well as lament, the Jamaican condition, and it cannot be silenced by any suggested, commissioned or imposed austerity or ban from the airwaves. In fact, it is often when banned that dancehall thrives more underground.

Dancehall shares an ancestral language that Jamaican politicians use when necessary to increase communication with their constituents. Since artistes sometimes help politicians with the cool factor to win elections, it is time for politicians to help dancehall artistes become better in their craft and to access more markets.

Jamaica (during the dancehall era) needs an intellectual political leader at the highest levels of state and government who will rally for the value of popular postcolonial youth expressions; a leader who will be capable of using dancehall and its communicative powers towards social good and to unearth genius from the expressions of disenfranchised Jamaican creative youth.

As a teacher, I found that dancehall could be used to increase the literacy levels of all my students from various socio-economic backgrounds. Regardless of class, age, education, political or religious conditioning, we all want to see a better nation for our future. It is then vitally important to find a common approach, a common solution, to a common problem that will not leave segments of society isolated.

The streets that dancehall occupies are idealised by the youth as an authentic cultural zone, where love and communal affiliation collide with other more threatening situations. What is often touted as violent rhetoric is how dancehall keeps a close affiliation with the streets. This relationship gives dancehall music and dances a unique power to solve problems that organised intellectuals may see as antithetical to their idea of prosperity and peace.

Just because the poetry of dancehall evolved outside of traditional institutions of learning does not make the artistes/artists and their lyrics or dances less civil than the prose of a journalist who reports the grim realities of the day in the evening’s news. Expressions in dancehall won’t hold back Jamaica or cause criminality, as some are righteously lamenting. The lack of empathy, caring, and guidance for youth culture and expressions holds us back. Not giving dancehall the same graces we afford other philosophies holds us back.

What I know for sure is that the change won’t come through scolding, it will come through engagement and facilitated dialogue.

Pontificating and shaming dancehall will do little to inspire change, because as long as youth exist, they will express truth as they see it. It follows that developing structures to support youth expression should be a priority for all of us.

Like any other evolving cultural form, dancehall is part-facilitated dialogue, part performance and part commercial activity with celebration.

Dancehall serves as a powerful means of articulating social issues and should be understood as a cultural milieu through which Jamaica’s political and social ideologies are processed.

It is the job of the dancehall artiste to deeply and profoundly know more than the traditional intellectuals do. Dancehall artistes cannot be asked to absolve themselves from the responsibility of transmitting their culture to those who are not from the painful environments.

Dancehall has within its core values prosperity, leadership, discipline, character, and balanced self-assessment as exists in any organised institution of progressive society. Understanding these values is the first step towards growing dancehall.

– Donovan Watkis is an author. His latest publication is ‘Jr’s Hope: Thoughts On Improving From Up The Street’. Email feedback to columns@gleanerjm.com and