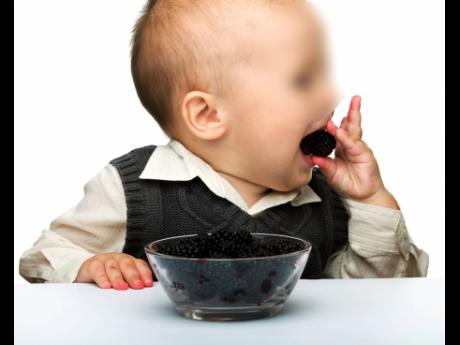 Local health officials are seeing children, some mere oddlers, turning up for emergency medical care at some of the island’s hospitals with high levels of marijuana in their bloodstream.

The startling disclosure was made last week be Dr Tracy Evans-Gilbert, consultant paediatrician at the Cornwall Regional Hospital, as the debate about the use and impact of ganja continued across the island.

According to Evans-Gilbert, adults are leaving ganja paraphernalia around the house and young children are ingesting it, resulting in at least one child being left comatose.

“I had to bring it to the health minister’s attention when I saw the (Sunday Gleaner) story ‘Ganja babies,’ because I have the real ganja babies. They are not the adolescents being spoken about in the news.

“I have the babies who are accidentally picking up stuff and eating it because people are careless,” said Evans-Gilbert.

She said the first case she saw was three months after the possession of two ounces or less of marijuana was decriminalised in 2015.

“First of all, there were four children. Three of the children under two years and one was four years. So everybody who is pushing for the decriminalisation of ganja need to do it safely. You can’t be nonchalant about it, because these are the casualties. The babies,” said Evans-Gilbert.

“The kids came in drowsy. One was in a very bad shape. One mother said she couldn’t wake her child, completely unaware that the child had picked up something off the ground.

“Investigations revealed that there were individuals in the house who smoked but no one saw any connections between the condition of the children and the smokers in the house,” explained Evans-Gilbert.

Efforts to arrive at a diagnosis for the comatose child first included CT-scan, lumbar puncture, blood tests, which returned results with no cause for worry.

Evans-Gilbert said on a hunch, the child’s urine samples were tested for toxins, and it came back positive for marijuana.

“I was shocked out of my brains. The residents asked me how I knew and I told them I didn’t. Subsequently, when the other cases came in, the residents had that experience, so having done everything else, they also tested for toxins, and lo and behold, that turned out to be marijuana,” added Evans-Gilbert.

She said in one instance the child ingested raw tobacco, which is dubbed ‘grabba’ locally and used by many smokers to blend with the ganja which they smoke.

The grabba was believed to have been picked up from a couch by the child who ingested it.

“One child took a ganja sweet or cookie from the refrigerator because it looked like a treat and ate it. That was the worst case. He came in completely comatose, pulse rate falling, he had to be resuscitated.

“As consultant paediatrician I oversee all these cases. So I raise the issue as a safety issue,” said Evans-Gilbert.

Although that child recovered within 24 hours, Evans-Gilbert said she was led to write a paper on the phenomenon, to look at other places in the world where cannabis is decriminalised and where kids were shown to be ingesting it.

“The important message that I have is that having seen what happens elsewhere, let us see what kind of public-health issues they face and let us mitigate against it. Roll it out safely, that’s my message,” said the consultant paediatrician.

She said the relevant child protection agencies were called in before the children were discharged.

“I am not saying it (ganja) is not a good drug for medical purposes, but it must be done carefully,” she stated.

In the meantime, Health Minister Dr Christopher Tufton, who has made no secret of his opposition to smoking, said ganja was being presented to children through sweets, some of which are being sold by vendors in proximity to schools.

He said kids were also taking the ganja-laced sweets to schools from their houses. Ganja-laced cookies have also been found in some schools.

Tufton has indicated that the ministry’s data is showing a 50 per cent jump in the number of children seeking assistance at public medical facilities for ganja-related illnesses since 2015.

The National Council on Drug Abuse has also reported the results of a study which shows that 70 per cent of the population have easy access to ganja, and children – some as young as 12 years old – have been trying the weed in its many different forms.

3 thoughts on “BABIES TURNING UP WITH GANJA RELATED ILLNESS”