Puerto Rican health authorities on Friday announced the first case of Zika-related microcephaly in a foetus, as the US territory grapples with the spread of the mosquito-borne virus.

The US Centers for Disease Control and Prevention said it had “confirmed the first case of Zika virus disease in a foetus in Puerto Rico” after conducting laboratory tests and sharing the results with the Puerto Rican health department.

“This case of Zika virus disease in a pregnancy saddens and concerns us as it highlights the potential for additional cases and associated adverse pregnancy outcomes,” said a CDC statement.

Zika can cause the birth defect microcephaly, and 1,271 babies in Brazil have been born with unusually small heads and deformed brains since the outbreak of Zika began there last year. 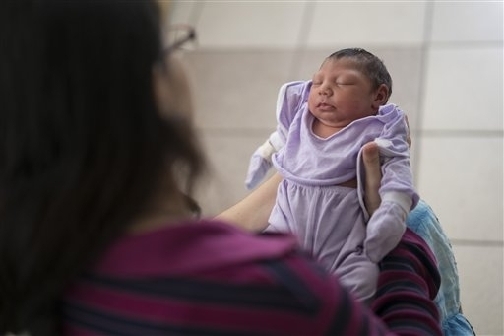 Zika-related deformities have killed 57 of those infants since October, and another 178 are suspected to have died from the virus and the defects it causes, Brazilian officials said earlier this month.
Puerto Rican Health Secretary Ana Rius gave few details about the island’s first case of microcephaly, saying she wanted to honor the family’s right to privacy.

The fetus “showed severe microcephaly and calcifications in the brain accompanied by the presence of the Zika virus,” she said.

“We have been expecting this news for some time. Having robust surveillance systems allowed us to detect this case early.”

Puerto Rico said it has counted 925 cases of Zika so far, 18 of which involve pregnant women.