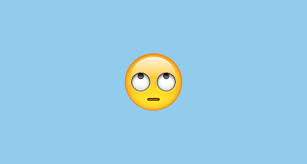 I returned back from Jamaica on Friday and I in the Olympic Spirit. You have some Jamaican people in Jamaica, Canada & America who are so hateful toward our Athletes in Rio. When I was Jamaica, I heard people wishing that Bolt and Shelly Ann would lose and not bring home any medals. On facebook, I saw comments from Jamaican people (some of them I know) cussing Toni Ann and Alia calling them wutliss because they didn’t win. A lot of hateful & negative comments. Last Night I watched Alia race @ a Jamaican Restaurant here in Toronto. It was a disgrace how some of these people behave towards Alia. One man even started cussing Bolt, wishing that Gatlin would beat Bolt and embarrass him. Him want Bolt to get strip of his relay medal from Beijing. Its not just the four Athletes that they are talking bad about. Its heart breaking to hear these so call Jamaicans disrespecting our Athletes. Other countries support their Athletes 100% no matter what so why cant we. Look at Russia, even though they get booed, their fans are behind them cheering them on. Win or Lose, I support team Jamaica 1000%.