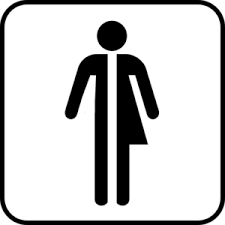 Hey Met,
I remember a post a few months back about a girl (almost sure from Florida) who was sexually asaulted in the school bathroom that can be used by both male and female according to newly passed laws on the non-gender specefic rest rooms. Well back then I voiced my concern and displeasure and how we opened the door to greater catastrophes.
Fast forward to last Friday, now there was a staff meeting at my job and it was disclosed that a staff member “allegedly had some kind of electronic device in one of these co-head bathrooms which he used to spy on other staff members”. Now can you imagine the disgust snd the panic that has been taking place since friday, they were very sketchy with the information provided as this os still an “active investigation” This has been confirmed so far:
The individual is suspected of working alone.
He was arrested on friday and naturally is on suspension.
Persons on the device that can be identified was individually informed. In order to accommodate literally everything in society we put other’s at the mercy of perverts like these and make us easier targets.
Now I am totally disgusted and find his actions sick, I just want to barf thinking about it. They didn’t name the individual but by process of elimination staff was able to zero in on one individual, confirmation will be on monday whe he doesn’t show up to work.