BE CAREFUL WHO YOU REVEAL YOUR DREAMS TO- GOOD MORNING 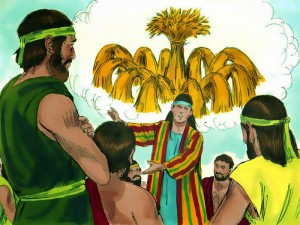 Be careful who you decide to reveal your dreams to
As many of you would have discovered already I love to share the wisdom, knowledge,
understanding and spiritual insight that God Almighty has blessed me with.
Clearly, as you read my blog, I have no reservations in sharing these spiritual insights free of charge with you. In fact I am always reminded by scripture that says, “freely ye have received, freely give” Matthew 10:8 My number one reason for sharing these revelations is due to the fact that I have discovered a long time ago that it is the lack of knowledge that causes us to fail in whatever it is that we have failed in, in the past or will fail in in the future, according to Hosea 4:6 and Isaiah 5:13.
Trust me when I say to you; I have an indescribable passion for what I do and teaching and bring clear spiritual insight and understanding to my many followers is paramount to me.
Anyway, in this particular teaching it is my desire to open your spiritual understanding to the reality that while you may dismiss your dreams while repeating your dream to others, this does not constitute that they are dismissing your dreams also. In fact if they are secretly jealous of you or they’re concealing secret hate towards you, then the repeating of your dreams to them could quite well be revealing to them your future and based on that knowledge, they can now calculate delay, setbacks and obstacles in your life.
The bible tells us that when Joseph’s brothers saw that their Father loved Joseph more than he loved them, they hated him and could not speak peaceably unto him. Scripture goes on to say that Joseph had a dream and told it to his brothers, the scriptures clearly says that it was after these dreams that their hatred intensified towards him. The following is what Joseph revealed concerning on of his dreams. “We were tying sheaves together out in the middle of the fields, when all of a sudden, my sheaf stood up erect! And then your sheaves gathered around it and bowed down to my sheaf!”
Amazingly, his brothers who already hated him understood his dream even though he didn’t. The following is the interpretation of Joseph’s dream given by his brothers, And his brethren said to him, “Shalt thou indeed reign over us? or shalt thou indeed have dominion over us? And they hated him yet the more for his dreams, and for his words”, Genesis 37:4-8
The spiritual principal being revealed in the above text that I would like for you to zero in on was the fact that Joseph was ignorant to the knowledge being revealed in his dream and as a result he inadvertently revealed to his haters (brothers) this knowledge that was only meant for him that came through his dream. This same chapter revealed that it was because of the revelation of his dream that he ignorantly released, that his brothers set out to plot his demise.
Mighty God! Who is it that you could be revealing your dreams to that fully understand the value and future implications of your dreams but secretly curse your dreams and insist that you discard them due to you not knowing their secret hate and jealousy towards you?
The next revelation in the above precious passages of scripture is; God will allow your enemies to see in you what you can not see in yourself. Joseph’s brothers who were indeed his haters saw the greatness in him via the telling of his dreams, concerning his future that he seemingly was incapable of seeing in himself.
I am sure it is now clear to you as to why your haters who have more material possessions than you, in a better position than you and are by far more connected than you would hate you and would do everything within their power to oppress you. Simply because your dreams that you have been revealing to them is indicating to them that in the future you will be the head and not the tail above only and not beneath, Deuteronomy 28:13
Be careful who you reveal your dreams to…………..
Written By: Kevin L A Ewing
[email protected]
kevinlaewing.blogspot.com
Posted by Kevin Ewing at 9:43 AM