BE FULL OF PRAISE- GOOD MORNING 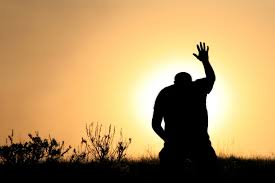 BE FULL OF PRAISE – By Pastor E. A. Adeboye
Memory Verse: Psalm 34:1:“I will bless the LORD at all times: his praise shall continually be in my mouth.”
Read: Psalm 18:1-3.
Psalm 18:1-3:“To the chief Musician, A Psalm of David, the servant of the LORD, who spake unto the LORD the words of this song in the day that the LORD delivered him from the hand of all his enemies, and from the hand of Saul: And he said, I will love thee, O LORD, my strength. The LORD is my rock, and my fortress, and my deliverer; my God, my strength, in whom I will trust; my buckler, and the horn of my salvation, and my high tower. I will call upon the LORD, who is worthy to be praised: so shall I be saved from mine enemies.”
The incident that led to the fall of man in the Garden of Eden was a complete loss of all that is beautiful. Prior to the fall, man wasn’t fearful of his environment or of the presence of God. But after the fall, for the first time, Adam was terrified by the presence of God which he previously used to anticipate. With this came the universal culture of complaining, murmuring and grumbling. The awesome glory of God over his life and destiny was destroyed. Glory to God that Jesus as the second Adam has come to undo the evil the devil subtly brought on man.
David in our Bible reading for today reveals the importance of eulogising God. He was confessing who God is to him: his rock, his fortress, his deliverer, his strength, his buckler, the horn of his salvation and his high tower. In his praise of God, David was also expressing his confidence and trust in God. God enjoys our praise. He says in Psalm 50:23 that he who offers praise glorifies Him. Are you a child of God? You must know that there is no place for those that murmur and grumblers in heaven; it is an eternity of ecstatic adoration of our great King (Revelation 4:5-11). David, even in those days caught the revelation of this truth; hence he resolved to banish murmuring from his life. This caused him to proclaim in Psalm 34:1 that:
“I will bless the Lord at all times: his praise shall continually be in my mouth.”
This is the secret of the greatness of this man who was once a nobody. From a human perspective, David had no prospect of becoming anything. Usually in families, it is expected that the youngest in the family would enjoy some pampering and ease, but not so with David. His older siblings remained at home enjoying themselves with the milk from the flock of sheep that David kept in the bush all by himself. However, every labour has its rewards. David became the greatest king of Israel and became an ancestor of our Lord Jesus. Because he was full of praise, God could not help but lavish His favour on him. Mind you, a great man always likes his greatness to be acknowledged. He would like that those around him do not embarrass or disgrace him by diminishing his status in any way. I once had an uncle who would refuse financial assistance to anyone who requested a meagre amount, because he felt such a request was demeaning to him. God is greater than the greatest of all men. Whatever your condition, He has the final say. It’s not over until it is over, therefore don’t let the challenges of your life reduce your God to a grasshopper in your eyes.
ACTION POINT
No matter your current condition, right now look to God. Praise Him by calling Him beautiful names. Tell Him you will praise Him at all times and that He should help you.
Bible in one year: Jeremiah Chapter 7:30 to Chapter 9:26; Psalm Chapter 45.

0 thoughts on “BE FULL OF PRAISE- GOOD MORNING”