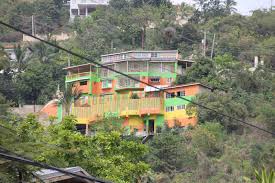 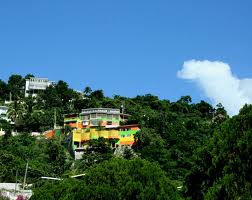 International dancehall superstar Beenie Man has launched a scathing response to Elephant Man’s comments directed at him earlier this week. He rebuked Elephant Man, saying that Elephant Man was the actual ‘bad-mind’ one because his career has been on a steep decline.
“Elephant a you badmind cause a me Hot97 call for an Interview and you vex say it wasn’t you,” Beenie Man said. He said that Elephant Man needs “to look a hype” using some other method.
“Elephant is looking a hype because he is not hot but I have no beef with him. If ele want to buss back come we sit down and plan a strategy but don’t run to media and smear my name for a hype. Elephant cannot name an artist that him buss, who is that artist? I can honestly say that all the artistes in Shocking Vibes was highlighted because of Beenie Man, I helped to nurture their careers, we built a powerful camp,” Beenie Man said.
Beenie Man said that he has continued to nurture artistes, pointing to the rise of Rayted and protoge, Kantana of ‘Head a Bunx’ fame.
“Kantana’s ‘Head a Bunx’ song popular all over the world. We did several promotional shows across the United States and he opened for me on all of them. Right now, one of the hottest artist in Kingston right now is Rayted which is from 357 camp that I own and Ele doesnt have a current song hotter than Rayted forward song right now. A matter of fact he doesn’t have a song hotter than any of rayted songs right now so no say me no buss youth,” an upset Beenie Man said. He also emphatically declared that he owns the 357 Studio on Mannings Hill Road, St. Andrew.
“He says I have no studio? So Shocking Vibes and 357 anno studio? Who own them? He is right I dont own a studio I own two,” he said, laughing. He also made a disparaging remark about Elephant Man’s sexual orientation.
“Elephant no fi talk bout mi hair and my teeth, him love man? A no me dem catch in a pool naked with a bag a man,” he said.
He also addressed Elephant Man’s comments about his house, and took a shot at Ele’s multi-coloured mansion.
“Who nah no house on the hill? Elephant must not talk things he doesn’t know. Cause when I stand on my balcony I can see his rainbow coloured house – a sore sight for the community,” he said.
Finally, he spoke about his own ability to stay current in dancehall, and Ele’s continued decline as a top flight act.
“Lets talk about hit songs. I have one of the hottest singles in the dance and on radio at the present moment – my life so happy. Plus Hottest Man Alive is a must play song in every dance every night in any dancehall setting across the world. Ask ele to name his hot song? Who produced it and where is it playing?” he asked.
He also pointed to Elephant Man’s exclusion from this year’s Reggae Sumfest lineup.
“If Ele is hot why isn’t he on any of the big shows like Sumfest? We know Johnny wouldn’t pass on Ele if he was hot. If Ele really wants to be hot again he should have asked me to call him up on Sumfest but don’t run to the media and look a hype. The last three Sumfest, Ele paid Johnny Gourzong to perform on that show.