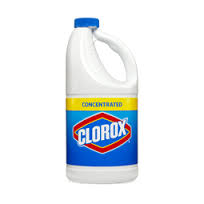 It is true that the Jamaican nightly news is ususally filled with crime Dominant issues but ever so often a piece comes on and give us reason to pause.Couple nights ago the case of this Garvey Maceo high student being Turnt away from school captured the imagination and would leave anyone thinking “wtf”.

The teen’s mother was being interviewed and she was begging the Minister of Education to intervene in her favour. She explained her son has never cut his hair since birth because he has a medical conditon “that mek him head look big”.The school vice principal sey she must cut it ‎but the mom refused saying to Do so a guh mek him head look EXTRA big!! Now in steps the Principal who allowed the yute to go school for the first 2 weeks, however the same principal send home the yute and told him Not to return to school “Until his natural born colour returns”…translation mussi mean he was bleaching and this was evident even though he had on this big rasta Tam on his head during the newscast interview.

The parent sey she feel betrayed by the principal because now the principal a side with the vice principal and insisting the yute cut his hair,nevermind the bleaching!She want justice because her son is being denied an education but what do you make of all thi‎s???