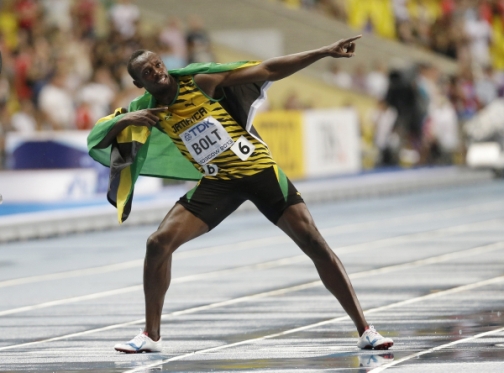 Unhappy about the situation, Usain Bolt said, if necessary, he would contribute to the financial cost of a possible appeal to the Court of Arbitration for Sport (CAS), even as Nesta Carter’s team of lawyers continues to assess whether there is enough grounds for an appeal of his 2008 Beijing Olympics disqualification.

“That’s up to my management. There are a lot of variables, so we will discuss that and see where we go from there, but if it’s necessary (I will help),” Bolt told The Gleaner yesterday.

An appeal to CAS could cost Carter up to $13 million.

The now eight-time Olympic champion is one of three members of the now disqualified Jamaican men’s 4x100m relay team from the Beijing Games who handed over their medals from the event to the Jamaica Olympic Association (JOA) yesterday morning after first-leg runner Nesta Carter was disqualified following his retroactive anti-doping violation.

Carter’s frozen sample from the 2008 Games showed the presence of the banned substance methylhexaneamine, following an International Olympic Committee’s (IOC) reanalysis exercise last year. This eventually led to his and the gold medal-winning 4x100m relay team’s disqualification from the event.

Bolt, who ran the third leg on that team, which was completed by Michael Frater and Asafa Powell, with Dwight Thomas running a leg in the heats, said he was not happy with the situation, but that he was not allowing the disappointment to affect his focus heading into his swansong season.

“It’s rough that I have to give back one of my medals, and I already gave it back because it was, of course, required by the IOC,” said the sprint king. “I’m not happy about it, but it’s just one of those things that happen in life.”

“I can’t allow that to deter me from my focus this season, so I am focused, but I am not pleased,” added Bolt, who also dismissed any possibility of extending his career to replace the now lost medal.

“No, I am not thinking about that (going back to another Olympics),” Bolt laughed. “I think I’ve still accomplished a lot. It hasn’t changed what I have done throughout my career. I have worked hard and pushed and done things that no one has done before. I have won three gold medals over the 100m and 200m, which no one has ever done before.”

Meanwhile, JOA president Mike Fennell confirmed that three of the five gold medals had been turned over up to late yesterday afternoon, but underlined that there are no issues where the outstanding two are concerned and that it was just a matter of logistics.

He noted that the organisation was still awaiting official advice and a specific proposal before it can determine a way forward.

Of note, Carter had received just over $3 million in support from the Jamaican government during his initial defence.

One thought on “BOLT SEH HIM WILL HELP NESTA APPEAL”