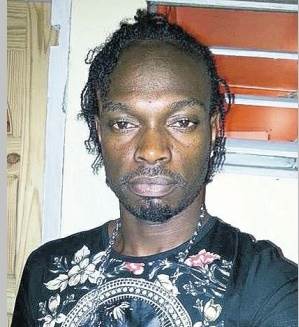 ON January 15, Lonsdale ‘Boysie’ Guy is set to travel to Atlanta, Georgia where he will be judge for a dance competition in memory of his mentor Gerald ‘Bogle’ Levy.
It has been 10 years since Bogle was murdered at a St Andrew gas station. The 34-year-old Boysie has nothing but pleasant memories of the man who was like a big brother to him.
“Bogle was like an angel to the community, he was there for
everybody. He carried a love where he put people first an’ was a driving force for peace in the area,” Boysie told Splash.
Some of Bogle’s patented dance moves like Bogle and World Dance were invented on Lincoln Crescent, aka Black Roses Corner, hangout for the ‘Roses’. The ‘corner’ was also a location for music videos including Barrington Levy’s 1993 hit song Work and Beenie Man’s 1995 anthem World Dance, a tribute to Bogle.
Boysie, who joined the ‘Roses’ in 1997, said Bogle was more than just his dance teacher.
“Bogle was the brother I didn’t have. Being around him was like going college. I didn’t get to complete high school and most ‘big’ words dat I didn’t know, he taught me them. He would take the time out to break them down for me and teach me how to pronounce and spell dem.
I will never forget that,” he said.
Boysie is critical of the current dance scene. It lacks a Bogle, he believes.
“There is no originality. All the dances dat are popular now was once done an’ created by Bogle. Until I see a move that wasn’t done by Bogle, I will continue to say dat the industry remains the same,” he said.
— Simone Morgan
ADVERTISEMENT

0 thoughts on “BOYSIE TRAVELING TO DANCE FOR BOGLE ANNIVERSARY”