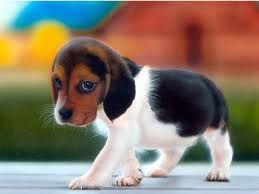 JMG let me respond to yo bloggers. Breed Ez hoe is 100% Nigerian. I know her but not as friends I see her at clubs and else where. She’s a nurse at M____l H____n and her name is xxxxxx. She is married and lives with her husband so how the f**k she gone fight over him. That b**h cannot speak English for shit. How the f**k she speaks to patients. I had to change my phone # cuz that ugly hoe and her animal planet friends kept calling and threatening me ever since the first post. Punk ass Breed Ez gave her my #. I’ve been over the 8 min f**k. It was a one time thing a big disappointment. She confronted me at Lusso Saturday night as I was going inside the club. She and her ugly friends were pointing at me while in the club and said she was gone wait for me, so when I left the club the hoe was no where to be found. Security was at the door where we were arguing so I couldn’t whip that hoe. I’ll see both of them at the presidential ball Saturday night. I knew Breed Ez since I moved from Dallas to Houston thru a mutual friend and now I am no longer friends with that person cuz of him. I knew about the females he f***d and sucked, but he promised to do the same to me and he lasted 8 min. The friend wife he’s fu***g lives in Houston not Canada.