MEIKLE… was a benefactor to many

But amidst the outpouring of emotion, Superintendent Vendolyn Cameron-Powell, who heads the Manchester police division, cautioned residents against avenging the murder of the man who was a benefactor to many. 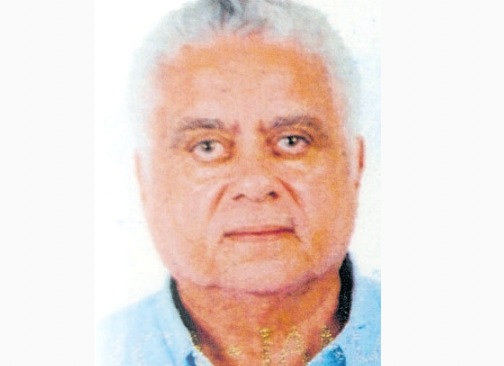 “We are calling on the residents to think twice,” said Cameron-Powell yesterday.

According to the police, Meikle was killed by a gunman after 9:00 pm when he dropped off his daughter, who was coming from the airport, at her home on Battersea Drive in Mandeville.

The 76-six year-old and his wife — who was reportedly in the car but was not injured — were robbed of items including cash, jewellery, a mobile phone, and debit and credit cards. Police said his daughter was not robbed or injured. Cameron-Powell said that the incident happened during the widespread power outage and so far the police are searching for one suspect.
She said that she was not certain if the people making threats suspect who might have been behind the murder. However, she suggested that any information about the killing should be passed on to the police.

Meikle was a relative of former United States Secretary of State Colin Powell, who was also the first African-American to serve on the Joint Chiefs of Staff.

Meikle was the founder of what is now a second-generation block-making factory in Spur Tree, Manchester.

Up to the time of his death he was reportedly in charge of a trucking business that he also started.

Yesterday, a resident of his community lamented the murder. “He was a peaceful, quiet man who did a lot for the community,” the resident told the Jamaica Observer. “He would help the community with fund-raising, he helped to send a lot of children to school, and he also helped many people with funerals. The whole community is in mourning.”

Businessman and owner of Lyn’s Funeral Home Calvin Lyn corroborated that information, saying that just recently Meikle came to his business place and was playing an integral role in the funeral arrangements for a former employee. Lyn said that by his recollection Meikle has been doing business in the parish for over 40 years.

He described Meikle as a dedicated and patriotic Jamaican, and a humanitarian at heart who was serious about playing his part in the development of the country. Loven McCook, president of the Manchester Chamber of Commerce, expressed condolence to Meikle’s family on behalf of his organisation.

“It is very disheartening to know that someone who has contributed so much to the parish of Manchester through his businesses… was snuffed out life that,” he said.

McCook said that the murder has created a level of insecurity and urged especially members of the business community to remain vigilant.

He said that the chamber will be supporting the police through resources and other means possible as they undertake their duties.

“As a chamber we will provide support to the security forces in whatever way we can help to speed up the process to bring the perpetrator( s) to justice,” said McCook.