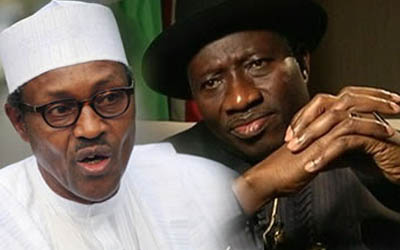 As Nigerians continue to wait for the Independent National Electoral Commission, INEC, to release the final result of the 2015 presidential elections, the results released so far show that former Head of State, Major-General Muhammadu Buhari (rtd) is comfortably on the lead over President Goodluck Jonathan.

Just like the All Progressives Congress, APC, is protesting the outcome of the elections in both Rivers State and Akwa Ibom State, the Peoples Democratic Party and President Goodluck Jonathan have however, protested results declared in Kano, Jigawa, Kaduna, Gombe, Bauchi, Katsina and Kogi States,accusing the APC of rigging elections in those states.

While a strong worded letter has been sent to the INEC by the APC in Rivers State, alleging that elections did not hold at all in the state, the PDP has debunked the allegation, insisting that it was a mere strategy by the state governor to admit that he has failed his party in the state. In a telephone chat with Channels Television, the PDP governorship candidate in the state Nyesom Wike said, ” elections held in Rivers and was free and fair.”

However, report says INEC has already set up a team to look into the Rivers State’s disagreement.

The commission has so far announced results from 19 states of the country and at the last count last night, While Buhari won in 10 states, Jonathan was victorious in 8 states and the FCT. Buhari won the polls in Ogun, Kogi, Osun, Ondo, Oyo, Kwara, Kano, Katsina, Jigawa and Kaduna.
Jonathan however won in Ekiti, Enugu, Nasarawa, Anambra, Abia, Akwa Ibom, Imo and Plateau. Jonathan also won the polls in the FCT.

Jonathan’s agent, Orubebe announces rejection of results by PDP
Results from Adamawa, Bauchi, Bayelsa, Benue, Borno, Cross River, Delta, Ebonyi, Edo, Lagos, Niger, Rivers, Taraba, Yobe, Zamfara, Sokoto, Kebbi and Gombe states could not be declared last night as they had not been made available by the collation officers.