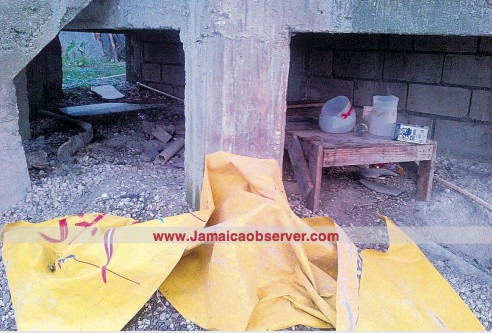 The father and stepmother of a 19-year-old disabled woman, who was allegedly found under a cellar in inhumane conditions in Windsor Heights in the parish last week, are expected to be taken before the St Ann’s Bay Resident Magistrates Court today.

Thirty-nine-year-old Jerold Campbell, a labourer of Windsor Heights, and his common-law wife Melody Murphy, a 42-yearold shopkeeper, are both charged with negligence at common-law.

The teen was allegedly found tied under the cellar of the unfinished house where Campbell and Murphy live. She appeared to have been kept in the area for some time. Several people have since expressed shock at the incident.