CHICAGO POLICE KICKED TEEN AFTER THEY SHOT HIM 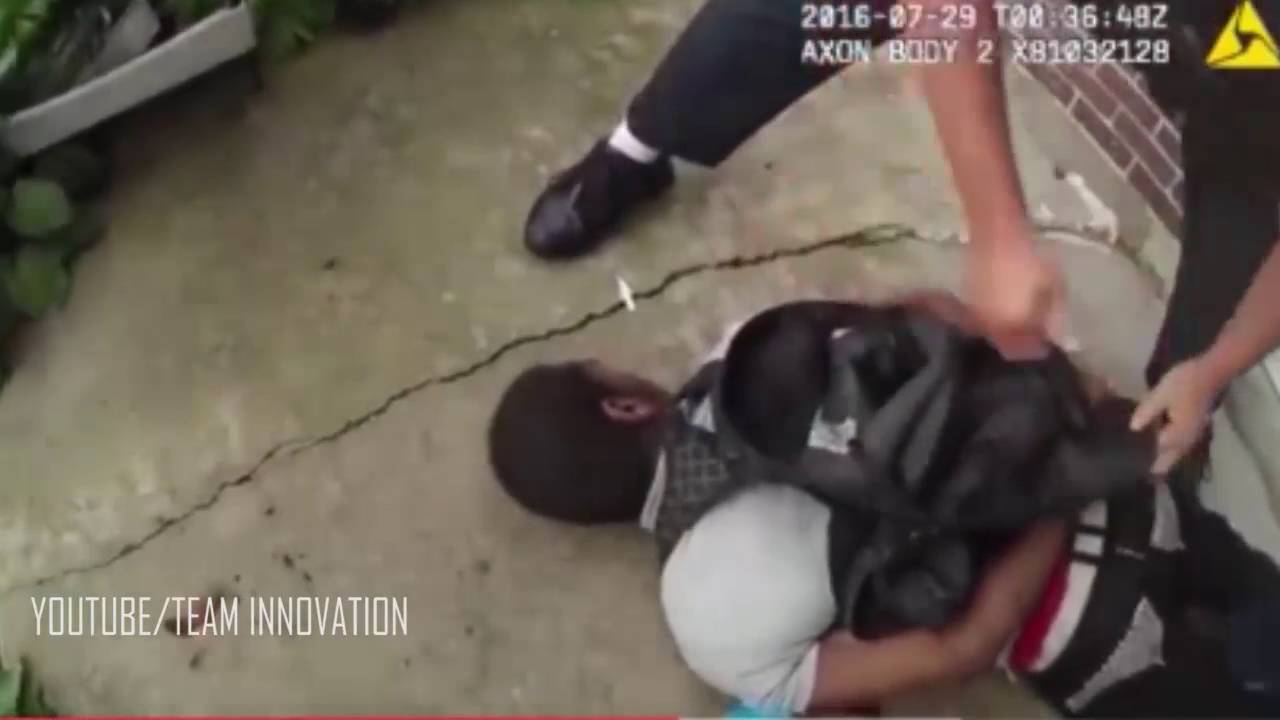 https://www.youtube.com/watch?v=0Sa6n05rYME
Video footage released today shows an unarmed black teenager being pushed to the ground after a Chicago police shooting which killed him.

The horrifying film shows police kicking him in anger and called ‘motherf*****’ after he was shot – before he later died from his gun wounds.

Paul O’Neal, 18, was said to be the suspected driver of a stolen car – and three police officers have since been “stripped of their powers” after the incident last Thursday.

The potentially inflammatory video – shot by cameras on police body armour – shows events leading up to the fatal shooting.

It shows a cop driving to the incident and suddenly jumping out of his car and firing at a speeding black car – allegedly being driven by O’Neal – which narrowly scraped past him.

Another officer can be seen firing shots in the footage and around 11 shots ring out in quick succession as the car speeds away.

The cop gives chase on foot and can be heard shouting: “He hit a car get an ambulance!”

When it reaches the stolen vehicle it has come to a stop ahead of another police car which it has hit head on – the fronts of both vehicles are later seen to be mangled – and has smoke billowing out of it.

The driver – said to be O’Neal – has apparently run from the car to a driveway behind some houses and several cops are now giving chase on foot, shouting to each other as well as the man they are chasing.

As they are climbing over a gate leading to a garden behind the house four shots ring out after one officer gets a leg up over the wall. Another uses an unturned bucket to get over the gate.

After an edit a cop wearing a camera can be seen entering a garden where three officers are stood over O’Neal who is lying face down on the floor at their feet.

It is not clear what has happened in the seconds before the camera comes into shot.

One is stood on his leg to pin him down. Another appears to be kicking O’Neal lying on the ground.

The officer who has just approached runs into his body lying on the floor, grabs O’Neal’s arm and pulls it behind his back where he is handcuffed.

Blood can be seen seeping through his shirt where he has been shot.

O’Neal at this point is clearly alive and complying with everything they are telling him to do.

They do not appear to be attempting to give him any First Aid.

One cop rifles through O’Neal’s backpack and pulls out a screwdriver he discovers inside.

It’s unclear but there are around 6-8 officers surrounding the incident at this point – and they can be heard discussing “is everyone okay?” – some congratulating each other with handshakes.

They are then heard discussing how many times they shot – with one cop saying “they shot at us, right?”

Another says: “Somebody shot.”

Another says: “Hey he shot back, right?”

Another says: “Who was shooting in the alley, was that him?”

The cop with the camera on at this point says: “I think I shot once.”

The footage was first made available to O’Neal’s family and community activists this morning at around 9am local time at the HQ of the Independent Police Review Authority which is investigating the shooting.

O’Neal’s family left the building through a back door in tears and have yet to comment.

The O’Neal family’s attorney Michael Oppenheimer said: “It is one of the most horrific things I have seen.

IPRA Chicago/VimeoVideo released by Chicago Police showing the moment Paul O’Neal was shotCops followed O’Neal into a garden behind a house where they apprehended him
“It’s unclear as to whether or not he was the actual shooter, but you are going to hear one of the police officers say, ‘Now I’m going to get a 30-day suspension’.”

Black Lives Matter protest: Holiday chaos as roads at London Heathrow and Birmingham airports blockaded by demonstrators
The head of the Chicago police oversight agency said the footage was “shocking and disturbing”.

She added that her heart goes out to O’Neal’s family.

20 thoughts on “CHICAGO POLICE KICKED TEEN AFTER THEY SHOT HIM”