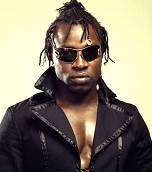 The Greatest Dancehall Show called STING has contracted to pay “Di Dadda ” Super Cat $80,000 and Hip Hop Super Star 2 Chainz over $100,000. So why is the Cobra mad? Is it because he’s Mad Cobra? No. It’s because he wants to get on that money train!!! I’m not mad at that Cobra, Dancehall and Reggae artists need to get paid for entertainment just as hip hop artist do ! Mad Cobra states that he is willing to do STING but only if the promoters shell out $50,000 US. Cobra say’s “A STING Call Mi! Mi No Call Dem! ”

STING promoters recently contacted his management to book him for the show but Cobra is already booked in Europe. Cobra told Daddy Biggs that he is willing to negotiate with the promoters overseas but only if STING is ready to pay! Let’s get this money!