COULD YOUR DREAMS BE REVEALING THAT BLESSINGS ARE ON THE WAY? GOOD MORNING 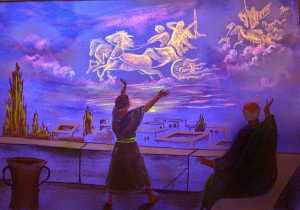 Could your dreams be revealing that blessing are on the way
Due to the influx of emails that I have been receiving concerning dreams of things, places and people of the past, such as dreaming of your former school, your childhood home, a former job, former apartment etc. I was compel to shed more spiritual insight on dreams.

Such dreams are indicators that the spirits of setback and delay has been released against you in the realm of the spirit. However, the flip side to such dreams are even more interesting in that when one experiences such dreams it is a clear understanding and a heads up that a breakthrough, miracle,positive change etc. is pending for the dreamer.

If you are experiencing such dreams, you must begin waging war via prayer against the spirits of delay and setback that’s working overtime to interrupt what God has set aside just for you. I have counsel with many folks who were frustrated with their Christian walk in that every time something was about to come through for them everything would just fall a part. I in turn would ask them, “Have you had dreams where you saw yourself wearing your former primary or high school uniforms or attending your former schools including college? What about dreams where you always find yourself at your parents home or grandparents home even though you don’t live there any more? Some of the more evident signs would be dreams where you see yourself back in a relationship with your ex husband/wife or even former partners.

Well, 9 out of 10 times the answer would be yes! You see my friend, anything or anyone in a dream that is taking you back to areas of your life that you’ve either already accomplished or you’re done with, symbolizes spiritual delay and setback, attempting to hijack the victim’s spiritual blessings that is pending release for physical manifestation.

Scripture reminds us that there is a time and season for every purpose under the sun, Eccl. 3:1. Your spiritual blessings that have been assigned to your life before the foundation of the world according to Ephesians 1:3-4 and are released according to the law of Eccl 3:1. Satan, in his attempt to make sure you never connect with those appointed times and seasons, again, releases his spirits of delay and setback to hinder your progress and elevation.

This will explain why carbon copies always show up in your life in an effort to delay you from connecting with God’s original for your life. This is normal behavior on the part of evil forces working against you; just when things are on the verge of turning in your favor. Carbon copies (the wrong people, places and things) are intended to delay you from what was designed to advance you, their job is to solely make sure the victim never, ever progress in life. In fact they will see to it that you never cross a certain point in your life. Meaning, you’ll get so far but always have to start all over again.

Please, whoever you maybe reading this post right now, this is not an accident or by chance that God has inspired you to read this post. I strongly advise you to take a critical review of your dreams in search of the signs I have mentioned above and begin to wage war on these stealth spirits that secretly invade our lives via our ignorance of their presence.

I will say it again, scripture did not say the people of God are destroyed because of fornication, adultery, lying, cheating or whatever else we categorize as sin. Instead, it plainly said that it was as a result of a LACK OF KNOWLEDGE!

Begin frighting now, and I mean right now in prayer targeting the spirit of delay and setback with the word of God. Speak, Proverbs 6:30-31, Joel 2:25, Psalm 115:14 and many other scriptures and at the same time asking God to reroute you to your divine time, seasons and appointments all in an effort to collide with your appointed physical manifested spiritual blessings.

0 thoughts on “COULD YOUR DREAMS BE REVEALING THAT BLESSINGS ARE ON THE WAY? GOOD MORNING”