The presiding judge in the Clive ‘Lizard’ Williams trial ,summoned the Head of the JCF’s communication unit, Detective Steve Brown and Cornwall ‘Bigga’ Ford to court today. Reports are that, after being warned by the magistrate about releasing sensitive material, a press release was again sent out this weekend. Ford was summoned based on a complaint made by Tavares Finson in a statement he made to the Jamaica Gleaner

“Training will be done at the Police Academy in Twickenham Park, and it will include persons currently in the force and new recruits.

“Once suspects are taken into custody and phones are seized, logging, labelling and the recording of IMEI numbers will be done and receipts issued to the individual(s),” added Ford as he directed our news team to Police Commissioner Owen Ellington for further information.

“No one else will touch that phone,” he stated, adding that it was a cultural practice for individuals, including police, to become fascinated with the latest technological gadgets.

“We have a lot of information technology-savvy guys in the JCF today. What the JCF is doing is applying best practises across the board. And this is not to say that what is to be implemented was not being done, but it is going to become mandatory, for accountability and proper policing.”

The press release that was sent by the CCN stated that 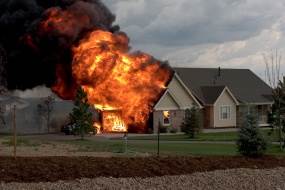 The Police are investigating the attempted firebombing of the house of a Police witness in a high profile case now before the courts.

The Policeman, who has been under threats for some time, is being provided appropriate security.

The Police High Command has assured the Officer and his family that every effort will be made to keep them safe.

In the meantime, the Police are warning those responsible for this latest incident to desist or be prepared to face the consequences when caught.

The presentation case against entertainer Adijah ‘Vybz Kartel’ Palmer is now closed and lawyer for the defense , Tom Tavares-Fison, moved for a no case submission, seeking to acquit the entertainer without the jury making a vote. The judge has not yet decided if his motion will be accepted