CRAZY!!! WOMAN CUT THE FACE AND HAIR OF HER BOYFIEND’S DEAD GIRLFRIEND 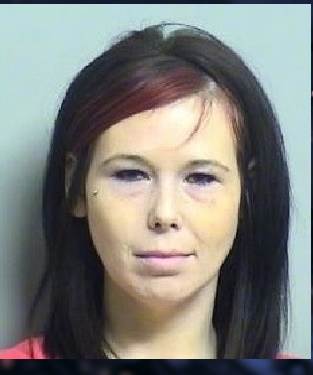 A 27-year-old woman was arrested for cutting the face and hair as well as smudging the makeup of her boyfriend’s dead ex-girlfriend.

The deceased woman’s family told police they saw Shaynna Smith reaching into the casket at the Moore Funeral Home Eastlawn Chapel Thursday evening, according to Fox 23.

It’s unclear why exactly Smith desecrated the woman’s body, but the station reports the two women knew each other as “frenemies” because the deceased woman used to date Smith’s boyfriend.

As the mother of the deceased woman moved closer, Smith backed away, according to the police report. The family said they saw the corpse’s hair on the floor, makeup smeared and a long incision from the dead woman’s hairline to the tip of her nose.

After fleeing the funeral home, Smith went to the dead woman’s house where she was arrested, police say, after telling officers she was picking up jewelry for the funeral. Officers reported finding a folding knife with the deceased’s hair on it, scissors, a box cutter and makeup in Sim’s possession during the arrest.

Sims has been charged with misdemeanor illegal dissection.

John Wilson, the director at the Moore Funeral Home, tells Tulsa World he has never experienced a corpse being compromised in 30 years of business.

0 thoughts on “CRAZY!!! WOMAN CUT THE FACE AND HAIR OF HER BOYFIEND’S DEAD GIRLFRIEND”