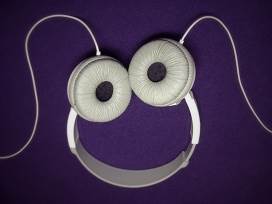 DESPITE suffering body blows in recent times, some players in the Jamaican music industry believe dancehall will survive.

“I think it will change if we get back to basics and push talented people who are really professionals; then we can repair the damage,” Ralston Barrett, booking agent and publicist, told the Jamaica Observer.

On Thursday, top-shelf deejay Adidja ‘Vybz Kartel’ Palmer and three co-defendants were found guilty for the October 2011 murder of Clive ‘Lizard’ Williams. Their sentencing will take place on March 27.

Other controversial artistes including Tommy Lee Sparta and Popcaan also have cases before the courts. Mark ‘Buju Banton’ Myrie was convicted on drug charges in the United States in February 2011 and is serving a 10-year prison there.

“It is clear to see that dancehall has suffered a black eye, based on Buju’s incarceration and now Kartel’s guilty verdict,” said Barrett. “We are in serious trouble. I think we need a serious turnaround in the music industry (but) it goes beyond the music to the wider society. Jamaica needs a spiritual healing.”

He is, however, optimistic about the music’s future.

“It certainly is not what it was before. I don’t think it is fair to say it is declining. We have more artistes coming up; they may be different from what we are accustomed to but they are there,” he said.

Like Barrett, music consultant Clyde McKenzie is convinced the music industry will survive this latest blow.

“Vybz Kartel is an important figure in the dancehall fraternity locally and internationally. This, of course, will impact the music and the perception of it. However, the music is resilient and will survive even with the absence of one of its major players,” said McKenzie.