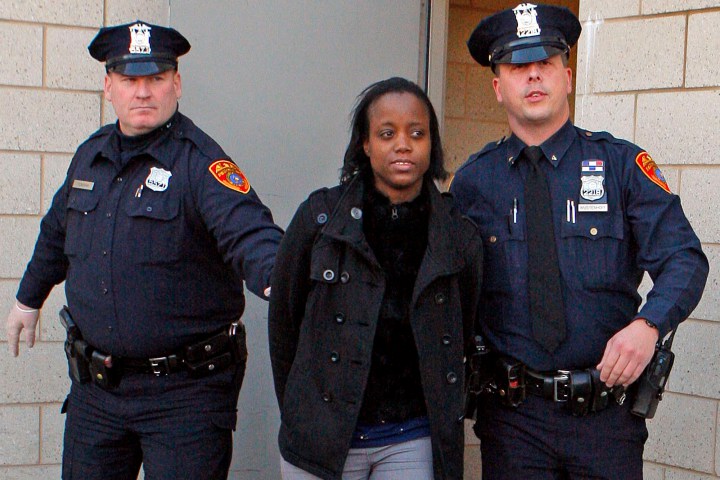 A Brooklyn day-care worker abandoned two toddlers at a Long Island mall to teach them a lesson after they played a game of hide-and-seek on her, law-enforcement sources said Thursday.
Nicole Noble, 34, drove the 2-year-old boy and 3-year-old girl from the Elite Christian Day Care Center to the Westfield South Shore Mall in Bay Shore without permission Wednesday and left them unattended, police said.
The children, who are not related, were spotted by mall security on surveillance video holding hands while wandering unattended.
Noble returned to her home in Flatlands without alerting authorities about the kids, court records show.
She was arrested at her home Thursday and brought before a Suffolk County judge, where she pleaded not-guilty to two counts of child abandonment and two counts of child endangerment, prosecutors said.
Investigators tracked down the parents, who were relieved when they got phone calls from police telling them their children had been located.
Filed under Brooklyn, Day care