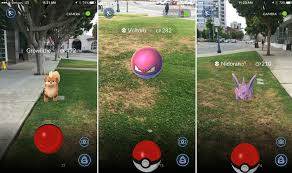 Border Patrol Agents encountered two individuals walking southbound from Canada into the U.S. while playing the Pokémon GO game on their cellphones during the evening of July 21. Agents quickly determined in the field that the juveniles were unaware of their surroundings. The pair were later reunited with their mother at the nearby Border Patrol Station.

“Both juveniles were so captivated by their Pokémon GO games that they lost track of where they were. They crossed the international border inadvertently, but agents were able to reunite them with their mother.” stated Public Affairs Officer Michael Rappold.