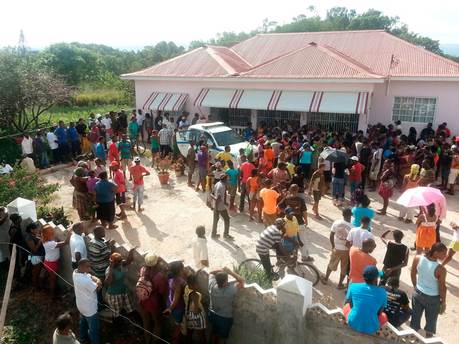 Commissioner of Police Owen Ellington has commended members of the St Elizabeth Police Division and the Mobile Reserve for their action in the aftermath of the murder of 18-year-old Kimberly Simpson in the parish last Friday.

According to Ellington, the killing of Simpson and the particularly gruesome manner in which it was done, allegedly by someone well known to her, was a terrible tragedy which would outrage any community.

However, the Commissioner argued that the assembly of a mob expressing a common desire to harm and possibly kill the suspect was just as wrong, unlawful and equally outrageous.

“It is for this reason that I applaud the courageous and determined response of Deputy Superintendent (DSP) Salmon and his team from the St Elizabeth Police Division, who, at great personal risk, held the mob a bay for over eight hours and in doing so, saved the life of a citizen, albeit one accused of a crime,” said Ellington.

“Not only did DSP Salmon and his team prevent the mob from killing this suspect, they also spared our country another blow to its international reputation, which is a function of the police service that is too often ignored,” added Ellington.

The police commissioner also congratulated members of the Mobile Reserve Tactical Team who journeyed from Kingston to Nain and “skilfully extracted the suspect from the house and took him to safety without injury to anyone”.

“A special word of thanks, too, to our partners the Jamaica Defence Force, who provided air support and lift. You have all demonstrated a high degree of courage, professionalism and service to country, of which all Jamaicans can be proud,” declared Ellington.

Up to late yesterday, the police had not charged the father of Simpson’s two-and-a-half-year-old son, who is accused of chopping her to death.

Angered by the killing, residents attempted to set fire to the house where he had barricaded himself, as they demanded that the police allow them to dispense their form of justice.