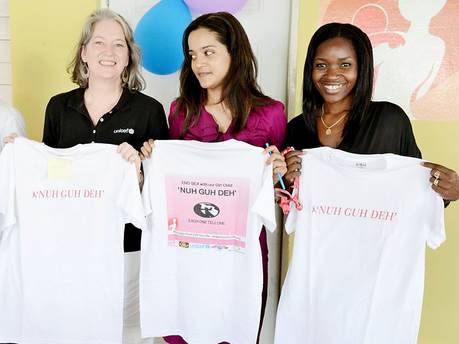 Director of prevention at the National Family Planning Board, Marion Scott, has charged that Jamaica’s young people are heading in the wrong direction when it comes to sex.

According to Scott, this is underscored by the increase in transactional sex among Jamaica’s teenage girls.

“There are certain behaviours that would have been shunned in previous times that are encouraged (now),” declared Scott.

“We need to go back to reinforcing values in our young girls, such as self-worth. Between 2008 and 2012 we were able to see that transactional sex increased from 39 per cent to more than 42 per cent,” said Scott.

“Such trends need to be eliminated. Young girls feel like this is a necessity and their means of survival.

“They want to go to school; however, they would have to have sex with the neighbours, the bus driver and somebody else. That economic need drives a lot of the risk factors in our young girls,” added Scott.

She was addressing the the launch of the ‘Nuh Guh Deh’ community chat by Eve for Life.

The campaign is aimed at raising awareness around gender-based violence surrounding young girls.

Deirdre Kiernan, deputy representative from UNICEF, further elaborated that adolescent girls in Jamaica have to navigate through a minefield.

“Unprepared and ill-equipped, the young Jamaican girl’s first encounter with sex is often way too early, as early as age 10,” said Kiernan.