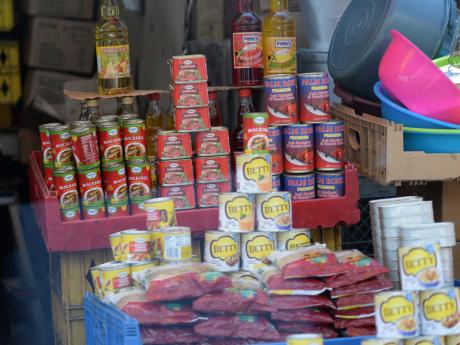 Despite the recall on corned beef, some street vendors and wholesales in downtown Kingston continue to sell the product.

A Gleaner team had no trouble buying corned beef on a visit to the business district today.

While acknowledging that a ban is in place, sellers told the news team that they would not stop selling corned beef saying they could not absorb the financial loss.

They say it is up to consumers to determine if they want to buy the product.

Meanwhile, it was a different case in the Cross Roads area of the city where the news team observed that corned beef was removed from store shelves.

The Commerce Ministry has cautioned customers not to eat corned beef until further notice.

The import ban was imposed after news came that several major Brazilian meat processors have been selling rotten beef and poultry and had allegedly bribed auditors to look the other way.

The ministry said the implicated Brazilian companies supply 99.5 per cent of the corned beef being sold in Jamaica.

It said the National Food Recall Committee will meet to determine next steps and inform when it will be safe to consume corned beef.

4 thoughts on “DEM STILL A SELL CORNED BEEF DOWN TOWN”