DI PEOPLE DEM SEH:–
Yes met Radigan dead round a Dilly. The one name Steve come back from Jamaica,and them keep big welcome party fi Him. The people dem know what dem doing on who dem want,Radigan dead lean up on a car outside,a young youth don’t know his name dead inside a the yard! Few people get shot. All of this take place around 12:35 California time.

One shot in him head,dem all take off him chain and Rolex watch off him hand! The coroner move all three bodies around 5:30 9/15/16. Bready cousin junior his him shot RADIGAN. John John and junior first start the shooting. It sad bad all a lady a two weeks now shi married,her husband died in her arms! 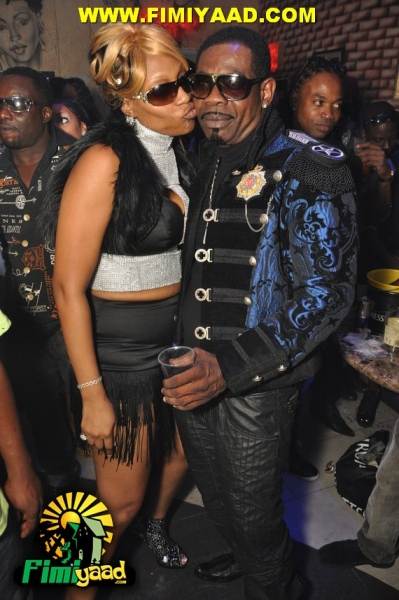 Three people were killed and 12 were injured during a shooting at a South Los Angeles birthday party early Saturday morning, according to the Los Angeles Police Department.

Dozens gathered to celebrate a birthday at a home that was used as a non-permit makeshift restaurant in the 2800 block of Rimpau Boulevard when shots rang out around 12:28 a.m., police said. A man and woman were taken in custody as “persons of interest,” according to the L.A. Times, but authorities said they were still searching for at least one suspect late Saturday night.

At some point during the night, three people, possibly two men and one woman, left the party and returned with guns, Sgt. Frank Preciado of the LAPD said.

The group opened fire and shots were returned, according to police. Three people were pronounced dead at the scene and 12 were transported to local hospitals in various conditions.

The death toll is expected to rise, officials said, as the victims’ injuries range from serious, to critical, to grave.

Details were not released on the deceased, but police said all the victims were adults.

“When officers responded here, my understanding was that there were at least 50 people running from the location of 2800 Rimpau Boulevard,” said Preciado. “This a very chaotic situation at this point.”

Police found a semi-automatic handgun at the home, located in the West Adams District.

Witnesses told KTLA that people were having a good time and enjoying the party when the violence began.

“It was a birthday party; I don’t know what happen,” said Dilly, the homeowner of the restaurant that is said to be very popular in the neighborhood. “I went to go hide next door by the trashcan. When I come out, I hear plenty of people get shot.”

It is currently unknown what caused the shooting. Criminal Gang Homicide detectives are investigating and gang relation has not been ruled out, Preciado said.

Though the location attracted a good amount of foot traffic, it was the first time proceedings had turned violent, according to neighbor Millie Luarca.

Mayor Eric Garcetti issued a statement Saturday afternoon in wake of the shooting.

“Today, Los Angeles woke up to a horrifying shooting in West Adams — the latest example of a senseless gun violence epidemic that causes so much pain and sorrow in our city and across the nation,” Garcetti said.

“We have every confidence that the LAPD’s investigation will answer the many questions about what happened, and why,” the mayor added. “Our thoughts are with the families mourning or praying at bedsides today. We must take action against easy access to firearms and the thoughtless, indiscriminate, murderous use of them. We cannot tolerate these tragedies multiplying in communities across America.”

One woman is in custody and being treated at a local hospital, where she is also being questioned by police, authorities said.

Detectives have not released any further details about the shooters involved.