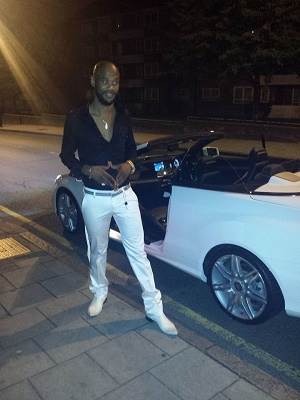 Hello madam
I’m writing this email because I want to publish to the public how D’angel go around and sleep with people man and break up family. After 6 long years she haven’t been to england now she came back to do a show and ended up sleeping with my baby father and cause my relationship of 8 years to be ruin. Me and my baby father have two boys age 5 and 1 years old.
My baby father drives a range rover and a convertible Benz and the promoter of the show she was preforming in brixton London ask my baby father if he could drop her to the studio a few days before the event. So he drop her to the studio but he didn’t tell me until I found his picture on her instagram. so I realize something fishy is going on. He told me he went to the studio with a brethren. I then decided to go to her show in brixton on Friday 19th.sept.2014. My babyfather told me that d’angel was now begging him to drop her to her show that night but I got dressed and decided we going together so she was not able to make an entrance with my man. He told me she likes him and like his cars.
The night after the event I was calling my baby father and could not get hold on him. I left and went to park outside the hotel she was staying and I saw my baby father driving in with her and her manager.I instantly drive out in front of his car and blocked him. I started arguing with him and her and her manager exit the car quickly and went inside the hotel leaving me arguing with my baby father. He didn’t come with me he insisted and going in the hotel room to see her because he said he gave her some money and she was gonna f**k him. I guess he wanted his monies worth and cause his relationship to end because of D’angel who seemingly sleeps around with man she doesn’t even know and couldn’t careless the pain she putting others through. The money she puts up on her instagram page about money pull up and counting is a lie cause she didn’t get no more than £60. Her show flapped. In summary she f**k my man for a ride in his range rover and some money. She is not a good role model and definitely not a first lady as she call herself. Please let me know if you need further information to highlight her actions and how low she stoops.
Thanks
Annie