At least one sniper, who said he wanted to shoot white police officers, killed five officers and wounded seven others at a demonstration in Dallas on Thursday night against police shootings in Minnesota and Louisiana, officials said. The sniper was killed, and three other people are in custody, officials said.

During an hourslong standoff after the attack, in which two civilians were also wounded, the gunman told police negotiators that “he was upset about Black Lives Matter,” the Dallas police chief, David O. Brown, said on Friday.

The police killed the suspect using an explosive delivered by a robot, he said, and arrested three other people.

It appears that the dead sniper, identified as Micah X. Johnson, 25, was the sole gunman, a senior law enforcement official said. Officials at first said that at least two snipers had carried out a coordinated ambush, firing rifles from triangulated positions, including from one or more elevated posts in downtown buildings.

Mr. Johnson, an Army veteran who lived in the Dallas area, apparently had no criminal record in Texas. Investigators have not turned up any evidence that he had ties to the Black Lives Matter movement or to political groups. The official said that Justice officials have reached out to the Pentagon to obtain Mr. Johnson’s military records.

The sequence of events this week tore at a nation already deeply divided over questions of policing and race, pivoting from anger and despair over shootings of black men by the police to officers being targeted in apparent retaliation. It dealt a blow both to law enforcement and to peaceful critics of the police. 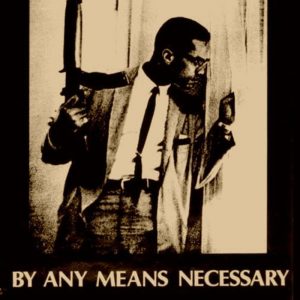 Five Dallas police officers were killed and seven others were wounded, along with two civilians, in a sniper attack during a demonstration on Thursday night against police shootings in Minnesota and Louisiana. By YARA BISHARA and MALACHY BROWNE on Publish Date July 8, 2016. Photo by Tony

Just hours after President Obama, reacting to video recordings of the shootings in Baton Rouge and Falcon Heights, Minn., spoke in anguished terms about the disparate treatment of the races by the criminal justice system, he felt compelled to speak again, saying that nothing could justify the violence in Dallas.

“There has been a vicious, calculated and despicable attack on law enforcement,” Mr. Obama told reporters Friday morning in Warsaw, where he was attending a NATO summit meeting, after speaking by phone with Mayor Mike Rawlings of Dallas. “Police in Dallas were on duty doing their jobs, keeping people safe, during peaceful protests.”

Attorney General Loretta E. Lynch, who was in Washington, said: “After the events of this week, Americans across our country are feeling a sense of helplessness, of uncertainty and of fear. Now, these feelings are understandable and they are justified. But the answer must not be violence. The answer is never violence.”

“To our brothers and sisters who wear the badge, I want you to know that I am deeply grateful for the difficult and dangerous work that you do every day to keep our streets safe and our nation secure,” she said. To the protesters, she said, “Do not be discouraged by those who would use your lawful actions as a cover for their heinous violence.”

Officials refused to say whether they believe the three suspects arrested and the one killed were the only ones involved. They would not identify the four or say much about them while the investigation was underway. “We’re not satisfied that we’ve exhausted every lead,” Chief Brown said.

“Our profession is hurting,” he said. “Dallas officers are hurting. We are heartbroken. There are not words to describe the atrocity that occurred to our city.”

Latest Updates
5m
How the Robot-Controlled Bomb Worked
8m
Prosecutor Weighs Taking Minnesota Police Shooting Case to Grand Jury
30m
Police in New York, Boston and Chicago to Patrol in Pairs
36m
‘The Answer Must Not Be Violence,’ Lynch Says
See All Updates
The sniper who was killed, while holed up on the second floor of a parking garage, told the police that there were explosives planted downtown, but after a sweep of the area, officials said none had been found. He also claimed he had acted alone, Mr. Brown said.

The attack appeared to be the deadliest for law enforcement officers in the United States since Sept. 11, 2001.

The shootings, only a few blocks from Dealey Plaza, where President John F. Kennedy was assassinated in 1963, transformed an emotional but peaceful rally into a scene of carnage and chaos, and they injected a volatile new dimension into the anguished debate over racial disparities in American criminal justice. The gunfire, starting just before 9 p.m., sent thousands of terrified marchers, including families with children, running for cover, while police officers ran the other way, guns drawn, and returned fire at the gunmen.

Bystanders captured extraordinary video of the shootout on downtown streets, with officers taking shelter behind patrol cars and pillars, and tending to their fallen comrades.

Chief Brown said negotiators had spent hours trying to get the cornered suspect to surrender, but he “told our negotiators that the end is coming and he’s going to hurt and kill more of us, meaning law enforcement, and that there are bombs all over the place in this garage and downtown.”

“The negotiations broke down, and we had an exchange of gunfire with the suspect,” the chief said. “We saw no other option but to use our bomb robot and place a device on its extension for it to detonate where the suspect was.”

The three other suspects were a woman who was taken from the garage and two others who were taken in for questioning after a traffic stop.

GRAPHIC
How the Attack on the Dallas Police Unfolded
Five officers were killed and seven others were shot during a protest in downtown Dallas.

OPEN GRAPHIC
Chief Brown said the suspects in custody were not providing investigators with many details. “We just are not getting the cooperation we’d like, to know that answer of why, the motivation, who they are,” he said.

They “planned to injure and kill as many law enforcement officers as they could,” Chief Brown said.

“Some were shot in the back,” he said. “We believe that these suspects were positioning themselves in a way to triangulate on these officers.”

The police said that four of the dead were Dallas police officers and that one was from the Dallas Area Rapid Transit force. The transit agency identified him as Brent Thompson, 43. He joined in 2009 and was the first DART officer to be killed in the line of duty.

Graphic video of Dallas shooting suspect aired on TV Video by Matthew Keys
The chief said he had contacted the F.B.I. and the Bureau of Alcohol, Tobacco, Firearms and Explosives for help in the investigation.

Chief Brown said that he was not confident that the police had apprehended everyone involved in the shooting, and that a rigorous investigation would continue until “we are confident that all suspects have been captured.”

“I can just tell you I’ve never been more proud of being a police officer and being a part of this noble profession,” he said.

U.S. By REUTERS 00:41
Shots Fired at a Dallas Protest
Video
Shots Fired at a Dallas Protest
Footage from KDFW in Dallas shows a crowd of protesters fleeing from the street, and a cameraman running as gunfire rings out. By REUTERS on Publish Date July 8, 2016. Photo by Smiley N. Pool/The Dallas Morning New, via Associated Press. Watch in Times Video »
Embed
ShareTweet
Jane E. Bishkin, a Dallas lawyer who represents five of the officers who were shot, said the wounded officers were expected to recover. She said one of the injured officers, a woman, suffered a serious injury to her left arm and may be disabled as a result.

The shooting unfolded near one of the busiest parts of the city’s downtown, filled with hotels and restaurants as well as Dallas County government buildings. Videos of the scene circulated widely on social media. In many of them, gunshots could be heard ringing out against a city illuminated by flashing police lights. Teams of armed officers could be seen running through the area.

Although the shooting occurred during a rally to protest police-involved shootings, it was unclear what relationship the gunmen had to the demonstration. It was initially unknown what the motives were, “except they fired on the police,” said Clay Jenkins, the Dallas County judge and the county’s chief executive.

“All government buildings in that area are on lockdown,” he said. “That’s the government center where this is happening.”

Chief Brown said it was too early in the investigation to say whether there was any connection between the snipers and the demonstration. He suggested that those involved had some knowledge of the march route.

“How would you know to post up there?” he said. “So we’re leaving every motive on the table of how this happened and why this happened.” He added, “We have yet to determine whether or not there was some complicity with the planning of this, but we will be pursuing that.”

A witness told CNN that she was standing on Main Street shortly before 9 p.m. when “all of a sudden we started hearing, ‘Pop, pop, pop, pop, pop.’ ”

More than an hour after the shootings, before the suspects were in custody, the mood in Dallas remained tense.

In one section of downtown, officers asked an African-American man wearing a bulletproof vest to walk toward them. The man slowly approached with his hands up, and a crowd of onlookers became angry and shouted and cursed at the police. An officer had his gun pointed at a black woman, and many in the crowd quickly began filming the scene with their cellphones. The tension eased as people in the crowd chanted, “Black lives matter.”

The shootings occurred after Mr. Obama, reacting with the same horror as many Americans to a video of a dying man in Minnesota who was shot by the police, implored the nation to confront the racial disparities in law enforcement while acknowledging the dangers that officers faced.

In Warsaw on Friday morning, Mr. Obama said that anger about racial disparities in criminal justice was no grounds for violence. “We will learn more, undoubtedly, about their twisted motivations, but let’s be clear: There’s no possible justification for these kinds of attacks, or any violence against law enforcement,” he said.

He added: “Our police have an extraordinarily difficult job, and the vast majority of them do their job in outstanding fashion.” He said that Thursday night’s attack was “a wrenching reminder of the sacrifices that they make for us.”

Mayor Rawlings cautioned residents that the downtown area was still a crime scene and told people who worked in the area to check DallasCityNews.net to see which buildings were open.

“It is a heartbreaking morning to lose these four officers that proudly served our citizens,” he said. “To say that our police officers put their life on the line every day is no hyperbole, ladies and gentlemen. It’s a reality.”

1363
COMMENTS
The protest was planned by Dominique R. Alexander, an ordained minister and the head of the Next Generation Action Network. He said that the organization “does not condone violence against any human being, and we condemn anyone who wants to commit violence.”

“I was right there when the shooting happened,” Mr. Alexander said.