In so much as I predicted Trump’s win I was still uncomfy and uneasy about it and couldn’t shake the feeling something is amiss. Late yesterday Evening I jokingly put up a whtasapp status stating “Build that Wall” only for a couple minutes later to recieve a call from a tearful but angry relative. She said she had voted for Clinton but the electronic machine displayed Trump!!

She reported it to the poll supervisor who insisted nothing can be Done. Her Jamaican roots took over and she said she galang bad till crowd come dung but the ppl in charge refuse to budge and the cops came over to warn her abt charging her for Disorderly conduct and disturbing the Peace. It is highly likely that just like in 2004 Bush in Florida and the hanging Chad scandal,something is amiss. Russian hackers and Russian intervention hands,eyes and doings are imprinted tremendously on this election.There needs to be a full investigation becuz now with Putin and Trump we have two Cowboys running the world’s affairs when it’s no longer the Wild Wild West today as yester years.

Met I still strongly believe Hillary was unfit to be President and Jesus himself Have to come off the cross to change my mind.i’ve attached a excellent reason why she’s unfit based on facts Michael Moore has put forward,she just don’t come straight.By all means the ppl must protest as is their right but they need to center their protest around a verification exercise that those machines were working and wasn’t rigged and hacked into.Hillary actually won the popular national vote so it’s worth looking into why that Didn’t reflect into electoral college votes.

I’m done with all this because some ppl are blaming each other and turning on their own so you can’t even express a view without hatred being spewed at you. Just like Pontius Pilate I wash my hands of all this because how must you all forget that we are descendants of the very people who said “GIVE US BARABAS/TRUMP”!! 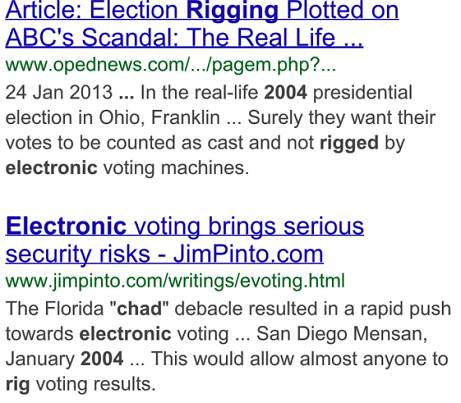 Let’s face it: Our biggest problem here isn’t Trump – it’s Hillary. She is hugely unpopular — nearly 70% of all voters think she is untrustworthy and dishonest. She represents the old way of politics, not really believing in anything other than what can get you elected. That’s why she fights against gays getting married one moment, and the next she’s officiating a gay marriage. Young women are among her biggest detractors, which has to hurt considering it’s the sacrifices and the battles that Hillary and other women of her generation endured so that this younger generation would never have to be told by the Barbara Bushes of the world that they should just shut up and go bake some cookies. But the kids don’t like her, and not a day goes by that a millennial doesn’t tell me they aren’t voting for her. No Democrat, and certainly no independent, is waking up on November 8th excited to run out and vote for Hillary the way they did the day Obama became president or when Bernie was on the primary ballot. The enthusiasm just isn’t there. And because this election is going to come down to just one thing — who drags the most people out of the house and gets them to the polls — Trump right now is in the catbird seat.